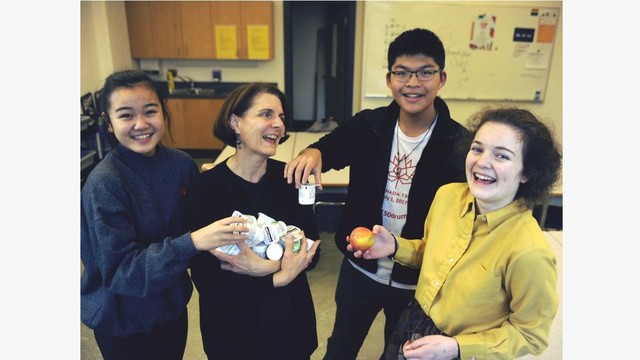 The breakfast program at Vancouver Technical Secondary School in Vancouver is organized and staffed by student groups, who last year served up 13,000 breakfasts to students over the school year.

It is an important program, given that a quarter of the students attending VanTech experience food insecurity, and the goal is to ensure no student starts his or her day hungry.

The school has applied for $20,000 from Adopt-a-School in order to continue this worthwhile program, and to ensure stability and continuity for the neediest teens at Van Tech.