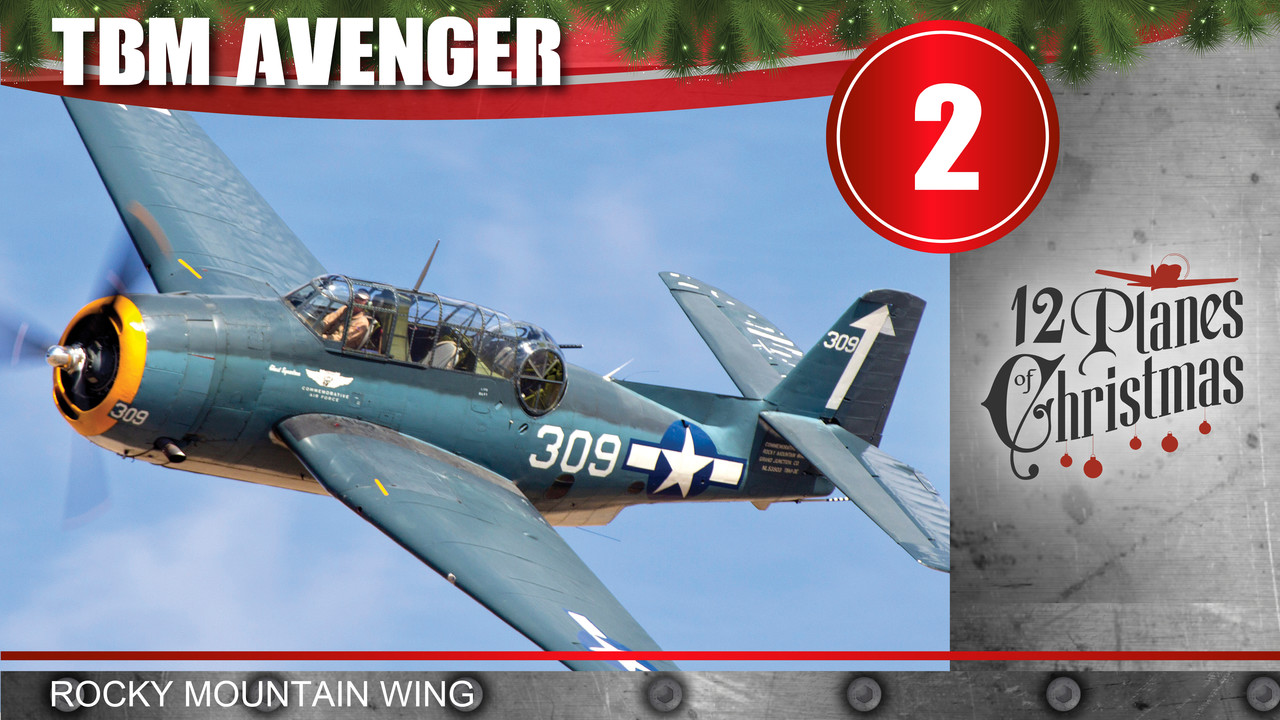 The Rocky Mountain Wing's TBM Avenger is a favorite of the Colorado communities surrounding the Grand Junction Regional Airport where she has been based for more than 30 years.  This aircraft has the distinction of being the only aircraft in the CAF fleet on the National Register of Historic Places. Early in 2020 routine engine checks and diagnostics identified issues that led to the need for major repairs. The Wing members struggled to raise funds and continue working on the aircraft throughout the year.

The TBM is a rare torpedo bomber which played a crucial role in the Pacific Theater. Of the nearly 10,000 TBM Avengers built fewer than 20 restored TBMs remain flying today. This Avenger served for a short time just after the end of the War on the Carrier USS Leyte and was then transferred on Lend-Lease to the Royal Canadian Navy where she flew Anti-Submarine Warfare (ASW) missions from the Carrier HMS Magnificent through 1958.

Pieces of a bronze spacer bushing were discovered in the crankcase of the TBM’s14 cylinder 1,900-HP radial engine during a routine maintenance check. As a result, the engine needs a complete IRAN (inspect and Repair As Needed), with an initial estimated cost of $40,000 or more. The engine has been removed from the airplane, packaged up, and shipped to Anderson Aeromotive in Idaho. Rocky Mountain Wing members, friends, and Facebook followers have contributed to the Aircraft Maintenance Fund, but there is still a way to go.

In addition to the cost of the IRAN, the Wing members will need to ship the engine back to the hangar in Colorado and hang it back on the airplane. Along with the engine work needed, the Avenger's giant 3-blade propeller will need a 60-month AD service which comes with a hefty fee + roundtrip transportation.

Rocky Mountain Wing members have engaged their local communities' interest in the group's mission that centers around this TBM Avenger. Last year, the Wing hosted 1,700 middle school students from three counties as part of their expanding Rise Above educational outreach program, and we want to expand the program to surrounding counties. Our volunteers really want to get the Avenger back in the air as soon as possible and keep the momentum going - despite this expensive setback and COVID-19 disruptions.