Thank you everybody. Our campaign is now over. ✕
Fund Transport for Sea Turtle Protection
✖
Gallery (7) 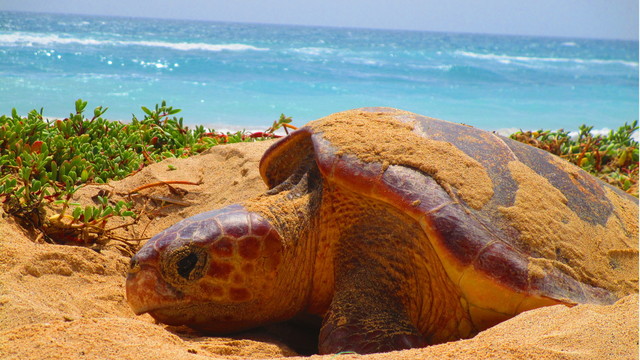 Cabo Verde is home of the 3rd world largest population of the threatened Loggerhead sea turtle (Caretta caretta). However, the subpopulation that nests in the islands of the archipelago is listed as one of the 11 most threatened populations of sea turtles in the world. Unfortunately, this is only exacerbated by persistent illegal poaching of the female Loggerhead for her meat.

Since its inception in 2015, the story of Project Biodiversity has been one of strength, resilience, and determination. Each season, over 50 staff members and volunteers dedicate their time to protecting nesting Loggerhead turtles from poachers by patroling the beaches each night. With over 19 kilometers of beaches to patrol, staff rely heavily on reliable transport in order to effectively patrol beaches, and, in turn, protect and save nesting turtles. For the last two seasons, numerous obstacles - from faulty gears to perpetually overheated engines - have made safe transport for our patrol teams an enormous challenge.

That's why this year, we're dreaming big. We're hoping to raise 14.000 € - enough to purchase a reliable truck in good working order - and we need your help. Support us by making a donation on this page - any donations over 25€ will receive a special gift as a token of our appreciation.

Need some convincing? Start by reading below!

What would having our own truck mean to us?

For our patrol teams and field assistants, it means reassurance that in an emergency, someone will be able to reach them quickly and safely.

For our camp coordinators, this means a dependable way to reach teams when they receive an emergency call about a turtle being taken or direct threat from a poacher.

For our project managers, this means having reliable transport to bring patrol teams to and from their respective beaches, many of which are far away from the project base camp.

For everyone on our team, it means more efficient and effective efforts to protect nesting turtles. 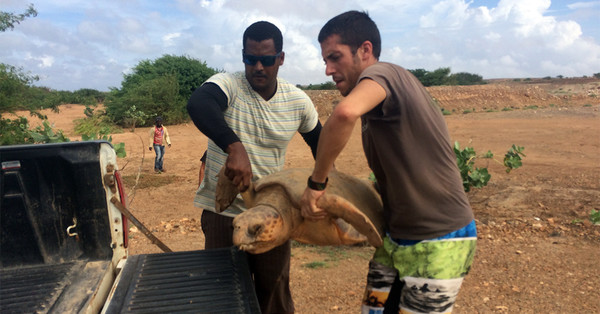 What happens when we meet our goal?

The received donations will go towards financing a reliable vehicle for the project, which will allow us to improve the patrols, cover more beaches and ensure a fast response in emergency situations. Any additional funding will go straight towards improving our capacity for better turtle protection, including new equipment, educational material, and outreach opportunities for the coming nesting seasons.

I made a donation! How else can I help?

As supporters, you are part of our extended team, with networks spanning across the globe. In addition to making a donation, Fundrazr also gives you the option to set up your own fundraising page on behalf of the project, and has the potential to help us expand the campaign's reach even farther. To set up your own page on behalf of the campaign, click here and follow the directions for easy set up! https://fundrazr.com/campaigns/a1B8L5/customize

A bit of background on Turtle conservation in Sal Island – if you still don’t know…!

Sal Island is the second most important nesting island of the archipelago after Boa Vista. In 2016 Project Biodiversity recorded a record 4.120 nests, beating the preceding record of 2.606 in 2012. Despite this good numbers, the population faces a high rate of mortality due to human activities. The main threats are poaching of the adult females for their meat and eggs, loss of habitat, light pollution and plastic pollution. Only in 2016 more than 18% of the population was illegally slaughtered by poachers, counting more than 200 dead turtles.

Project Biodiversity is the only non-profit organization working in Sal Island for the conservation of marine turtles. During the nesting season, from June to October, we set up a field camp with international volunteers and local Cabo Verdeans that will patrol the main nesting beaches every night. By doing this we avoid poaching and we also collect biometric data from the nesting turtles that will help us better understand the health of the population. We also relocate and monitor the nests that are threatened to our hatchery where we monitor the nests until they are ready to hatch. In 2016, we released more than 51.800 baby turtles safely into the sea.

Video about the Work of the Volunteers during the Sea Turtle Protection Campaign, by Nakawe Project 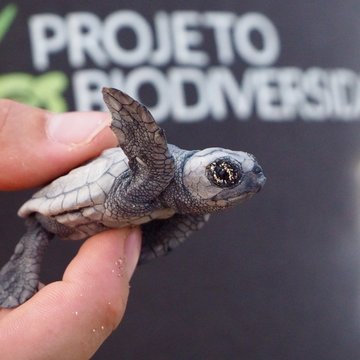 Featured
€25
Adopt a Baby Turtle!
You’ll get a chance to give the name and birthday (hatch date) of your turtle. We'll send you via e-mail a certificate when your turtle is born with a picture of it!
A wonderful gift for friends and family that you can be sure will truly make a difference. Very recommended as an original Christmas gift!!
More ... Less ... 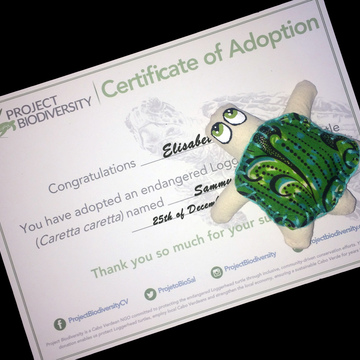 €50 + shipping
Adopt a Baby Turtle + Turtle Toy (local craft)
Ships Worldwide
Complete the adoption of a baby turtle with a turtle toy!
This toy is made by hand by a young Cabo Verdean couple from Sal Island. Choosing this gift you are not only helping Project Biodiversity, but supporting a local initiative and sustainable development.
More ... Less ... 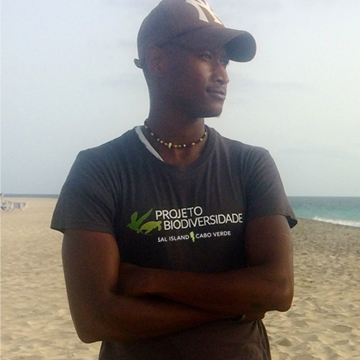 €75 + shipping
Project Biodiversity T-Shirt + Adopt a Baby Turtle
Ships Worldwide
Become a part of the team with an official project T-shirt! Don’t forget that you are also Adopting a Baby Turtle, so start thinking on her name!
More ... Less ... 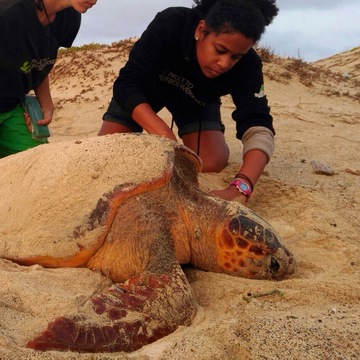 When you sponsor an adult turtle, you'll get to name a turtle that the project staff tagged during the season, you will receive a certificate of adoption with additional information including tag numbers and microchip id, and will inform you about her nesting activity on Sal every season we see her!!

You will also receive a Turtle Toy to complete your original gift. This toy is made by hand by a young Cabo Verdean couple from Sal Island. Choosing this gift you are not only helping Project Biodiversity, but supporting a local initiative and sustainable development.
More ... Less ... 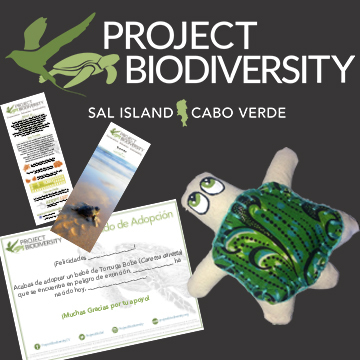 €200 + shipping
Total Turtle Package
Ships Worldwide
If you can’t decide what do you like the most, this is your option! Adopt an Adult Turtle and receive an official Project Biodiversity T-Shirt, a Turtle Toy and our special bookmarks to make sure that you don’t forget us when you read.

You will also be acknowledged in our website!
More ... Less ... 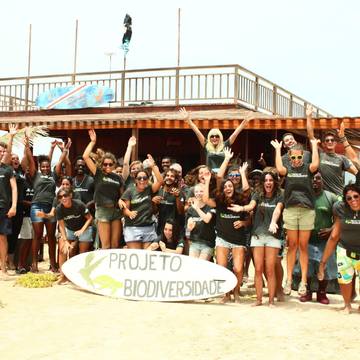 €500
Spend a Day with Project Biodiversity!
Spend a day as a member of our turtle team! If you plan a visit to Sal Island, have an amazing experience with the members of Project Biodiversity. You will get immersed in turtle conservation, being side by side with the staff while working with nesting turtles, visiting the camp and having food with the staff, and even helping release baby turtles!
The activities will depend on the time of the year.
More ... Less ... 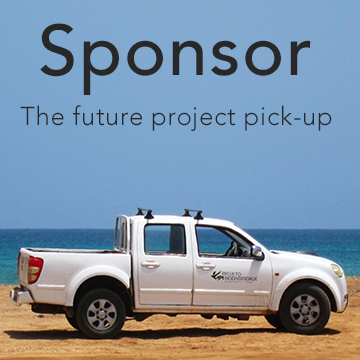 €1,500
Corporate Sponsorship Recognition
Secure your company logo on our new vehicle, as well as permanent public recognition on our website and social media.

If you have a company (or work for it) with green policies or with environmental concerns, or you just want to make it more environmental friendly, this is your option. Have your logo in our working car and be present in our website and social media. You can even use this to promote your business!
More ... Less ... 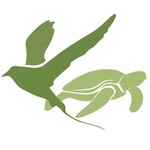 Project Biodiversity is managing the funds for this campaign.