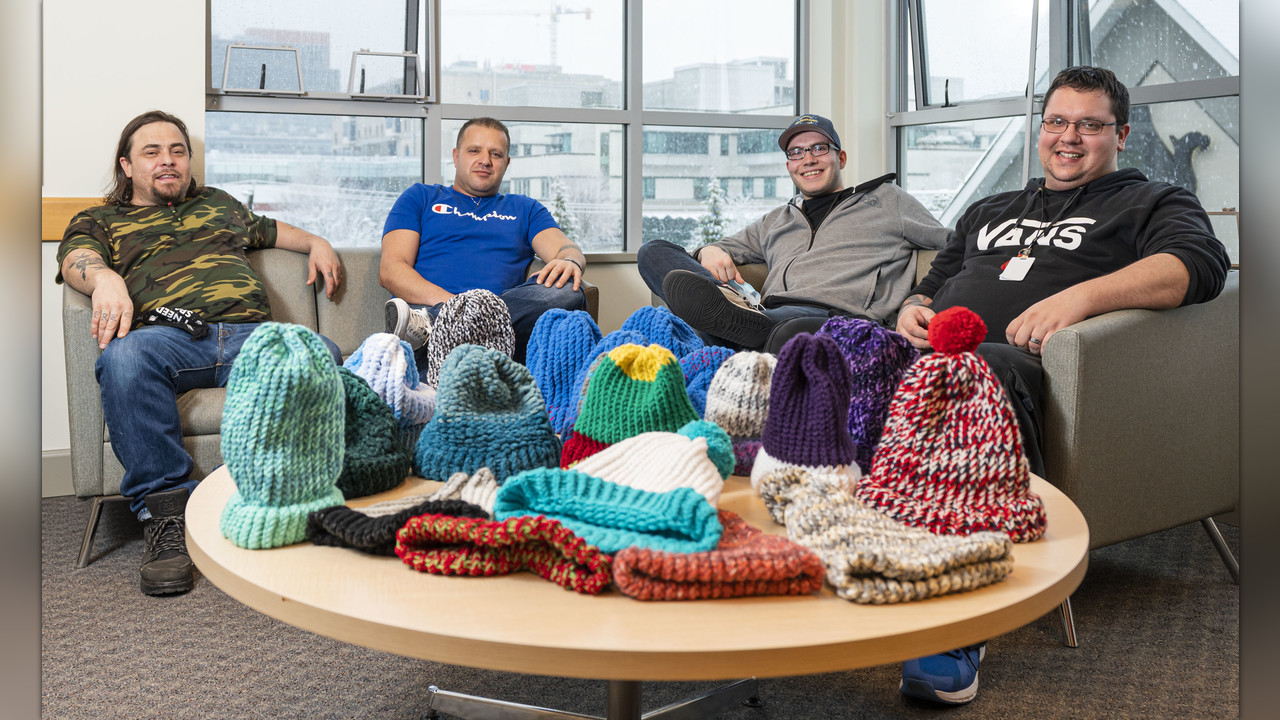 Due to an overwhelming response in requests to donate directly to the men's knitting club at Surrey's Phoenix Society, we have set up a dedicated donation page. If we hit our goal of raising $5,000, the unofficial club can be sustained for all of 2021. Read about the "toquers" below:

Little did Nelson Mendonca know that picking up a pair of knitting needles in prison would lead to him accidentally creating a group of so-called “toquers” at the recovery facility he would end up at.

“I got here and I forgot how grounding it was for me,” said Nelson, who came to Surrey's Phoenix Society from Corrections and is now in the Transitional Housing Program.

“Just getting fresh out of jail, I was nervous here. I went and got some knitting stuff and just started making a toque. I went down to a meeting and I was knitting. The minute I was knitting in public, I realized my life is different. I don’t care what people think anymore. It spread like wildfire after that. Everyone was asking what I was doing, so I showed one guy on the floor how to do it, then another guy. Before I knew it, it was almost right of passage: To be on my floor you had to learn how to knit.

“So you’d walk into our group and see 10 guys knitting,” he chuckled. “Or walk in and a bunch of guys are watching Scarface and they’re all knitting.”

Nelson estimated the group of roughly 10 men have produced more than 200 toques.

Some have been given away as gifts to loved ones, others donated to a woman’s recovery house and others to outreach programs that support the homeless.

“And we have a whole bunch of smaller ones that will go to the hospital for babies once COVID-19 is over," said Nelson.

And the men have upped their crafting game as they’ve gained experience.

Being at Phoenix is Nelson’s first time in treatment, and he says he’s the happiest he’s ever been. His road to Phoenix was difficult. Unable to walk into treatment on his own, he’s been in and out of prison for over 20 years.

In many ways knitting is a metaphor for what happens at Phoenix: Starting something new, changing things, one stitch at a time.

It’s quite common to see Nelson sitting with someone, patiently showing them how manipulate their yarn to create something meaningful.

“It’s the one thing in my life that I cannot cheat, manipulate, cut a corner or find a shortcut around,” Nelson explained. “I have to follow each little step one by one by one."

Phoenix began in 1989, in response to the growing number of people in the community whose needs were not being met by the existing systems of care and social infrastructure. In 2020 alone, Phoenix provided services to over 2,000 individuals through our substance use treatment, employment, transitional housing, shelter, and outreach programs.At Phoenix Society, we promote a healthy, vibrant community free of substance misuse, as well as assisting individuals with housing and basic needs. 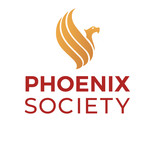