Thank you everybody. Our campaign is now over. ✕
Bring Jojo Asona Home
✖
Gallery (7) 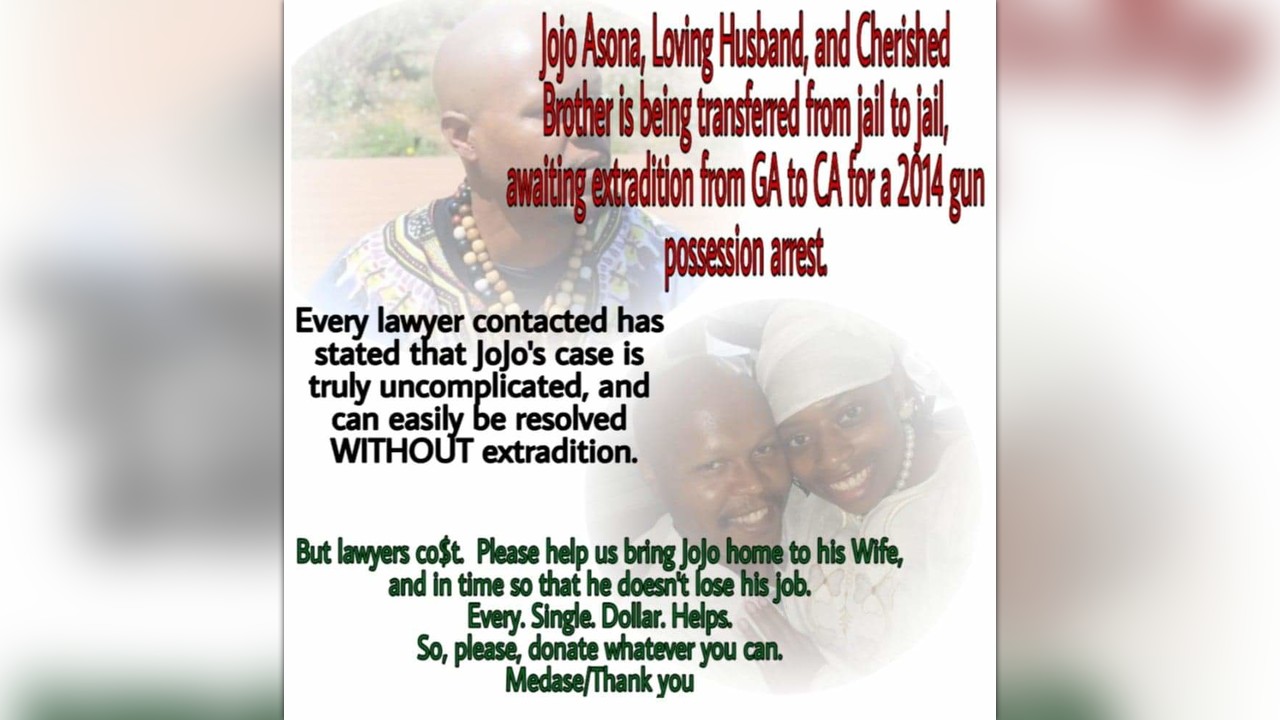 I'm Amma Asenie and I need my husband Jojo Asona to come home! He got arrested this past Wednesday, May 8, 2019 due to a tail light being out. They said he has an outstanding warrant from 2014 for possession of a concealed weapon. The possession charge in California was originally a probationary matter with no jail time. Now they are seeking to extradite him five years later because of a non-violent driving misdemeanor which they say violated his probation.

The process for extradition is standard of 30 days but can last longer. I need $5000 to get a lawyer in California and cover any other legal fees. I can't use a local attorney due to "jurisdiction" and where the warrant originated from. Unfortunately, these "law enforcers" & so-called "justice system" don't want me to find out when and where they will take him... this will cause heavy financial trouble for us if this situation is drawn out too long. So I need to act as quickly as possible. The quicker y'all can help me get a lawyer, the quicker he can come out from the belly of the beast & the quicker he can return his focus to becoming a Naturopathic Physician, warrior, friend, father, & husband.

Amentet Aberewa is managing the funds for this campaign. The campaign is for a personal cause.