Please help Joyke come to his new life in Canada!
Contribute
Campaign extended! Our deadline has passed but you can still help. ✕

No thanks
Please help Joyke come to his new life in Canada!
✖
Gallery (1) 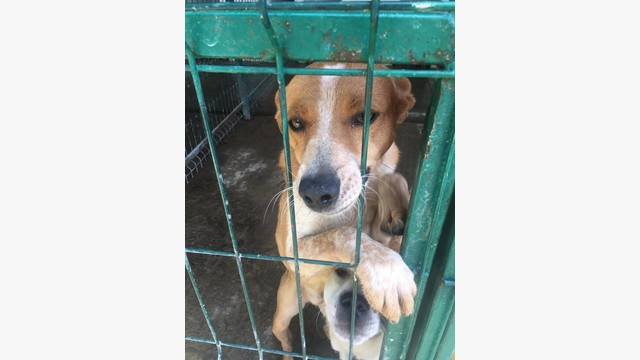 Romania is a harsh place for a dog. There are hundreds of thousands of street dogs who fend for themselves, scrabbling out an existence without adequate food, water or medical care. Most puppies do not survive. Disease is rampant. Starvation is real.

But it gets worse. Each week, thousands of street dogs are rounded up by dogcatchers in cities and towns and villages throughout Romania and taken to government run 'shelters'. Often they are not fed or given water or medical treatment. Old dogs, diseased dogs, puppies and pregnant dogs are all thrown together in unthinkable conditions where many don't survive and those that do are often traumatized in ways that we cannot imagine.

Dogs wandering the streets are often the subject of unthinkable abuse and torture, and many are left dead or dying after being harmed or poisoned or shot or deliberately hit by cars.

There are, of course, kind people in Romania - people who care about animals and try to help. There are many privately run shelters where dogs are kept safe, scooped up from the perils of the streets or the horrors of the public shelters, where they are fed, given medical care, and perhaps promoted for adoption.

Most of these dogs never find homes and live out their lives far from us, unseen, unloved.

A few are lucky and are given the opportunity for a new life far away from Romania, where they can be safe, where they are fed and cared for, given medical attention, and are treated as a loved and valuable family member.

Let's give Joyke that chance. Joyke had a rough start to life, as so many street dogs do. Fending for himself on the harsh streets, Joyke found himself the target of children who tried to kill him. He was lucky that a kind lady intervened and whisked Joyke to the safety of a private shelter, where he has lived for most of his life. He is safe there and he is fed and he receives kindness.

But it is not enough. Joyke needs the love of a family of his own. He needs to belong. And we want to give him that chance. We are seeking an adopter for Joyke here in Canada, a family who will work with him and cherish  him and love him, flaws and all, for who he is.

Please consider donating even a few dollars to help Joyke come home to the family he so deserves. 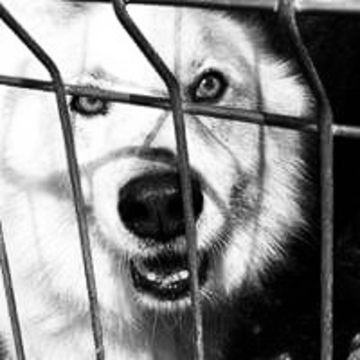 dogBLUE rescue hasn't posted any updates yet.
Newest | Oldest
Show more
NEW Thank you emails can now be sent directly from the Transactions page.
Alternatively you can still leave a comment here.

dogBLUE rescue is managing the funds for this campaign. The campaign is for a personal cause.