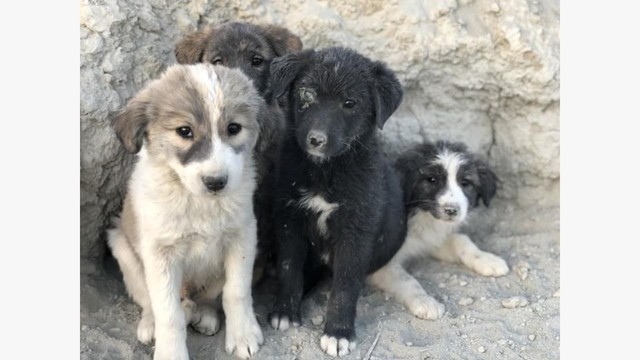 Here is the incredible story of the Ghar Pups (Ghar means “Mountain” in Pashto) as told by their Soldier Savior:

17 years after 9-11, I finally got my opportunity to serve in Afghanistan.
The country is beautiful, the people are very generous and kind, and the mountains are spectacular.
Day after day and week after week, I would go running through the barren landscape, climbing big mountains, passing by old destroyed Soviet tanks, and getting to know the many packs of stray dogs that live off food scraps from the military base.
After four months of running, I came upon this litter of four puppies living in a hole on the side of a fairly busy road. Every day or two we would look at each other and just kind of acknowledge each other’s existence.
After several days, I started giving them water. Boy were they thirsty! Shortly after that, I started sneaking out some food scraps from the chow hall. Boy were they hungry!
In a matter of weeks, we built a level of trust where the puppies (and the mother and father) would let me walk right up to their hole to feed them and give them water.

This went on for weeks as the puppies began to grow and start running around a bit.
As I got to know the pups, I gave them nicknames; Blackie, Patches, Calico, and White Stripe.
All of the puppies appeared to be in pretty good health, except for Blackie who has a severe eye infection. Days later, I realized that he was also deaf (or partially deaf) as he could never hear me walk up behind him.
After sending home some pictures, a few friends urged me to find a way to save the pups. I was introduced to an organization called Nowzad.
They said if we could find homes for the pups and raise money to cover the medical treatment and transportation cost to the US, they could take them in.

Days later Nowzad came out to my base to rescue the puppies.
It took 3 long days, a bulldozer, and many hours with shovels and picks to dig into the 40-foot tunnel system the puppies were hiding in!
But in the end, all four puppies were safely captured and taken back to the shelter to begin human socialization and medical care.

All four puppies have already been given homes in Northern and Southern California to people I know and trust. Now we just need to raise the money to cover the costs of their medical care, food, supplies, and transportation to the United States.

We need to raise approximately $10,000 to cover the costs. Please consider donating whatever you can spare to this fundraising cause. Some of you will get to meet and see these very same dogs living full healthy lives in California through the four people who are adopting them.

If any donations are left over, they will be passed on to the general Nowzad fund so the staff can help other abandoned animals. Furthermore, if there is additional interest in finding homes for more Afghan puppies, I will work with Nowzad to help facilitate the effort. 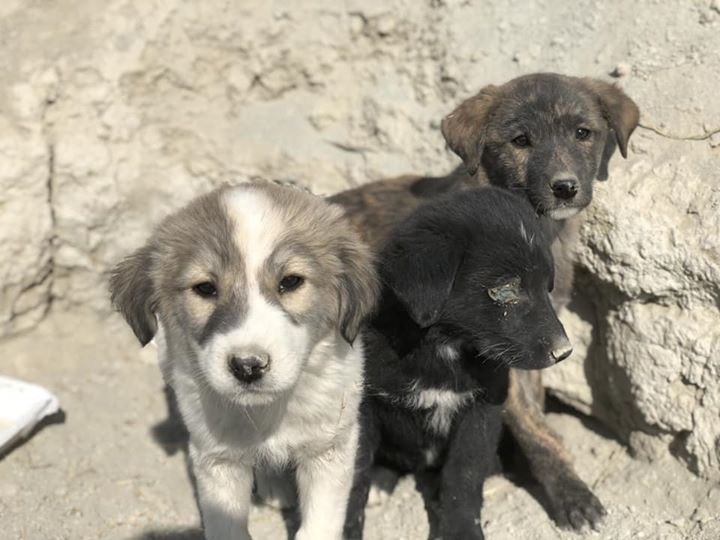 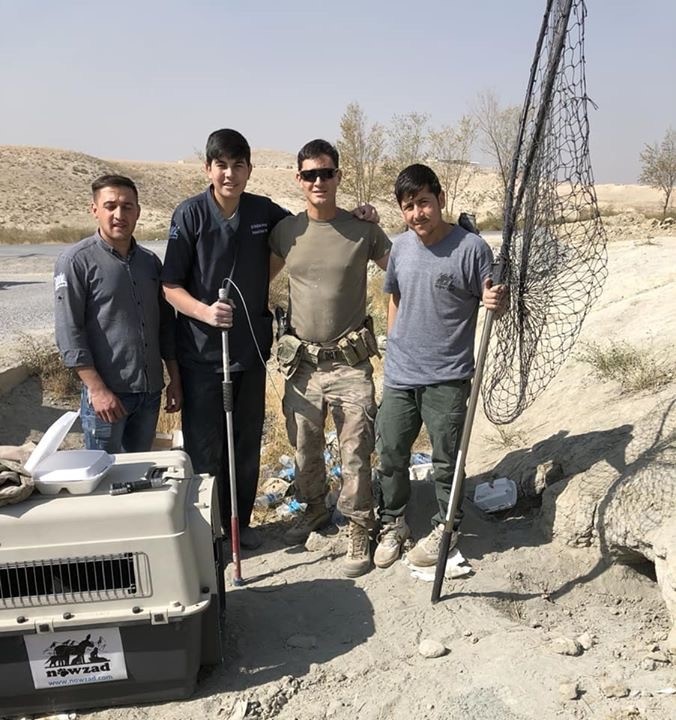 If, for whatever reason, the companion animal rescue is not successful (such as disease or injury) then at the discretion of Nowzad Dogs, the funds collected via this Youcaring page will be allocated to support the vital daily operational costs of the Nowzad Dogs small animal clinic and shelter in Kabul.
The total required for a companion animal to travel to North America is on average $4000 for a dog and $2500 for a cat (we make no profit and everything is subject to currency valuations and fuel prices on the day). We are sadly unable to offer refunds on donations.


To receive a tax-deductible receipt where applicable, or for any other queries, please contact:
hannah@nowzad.org