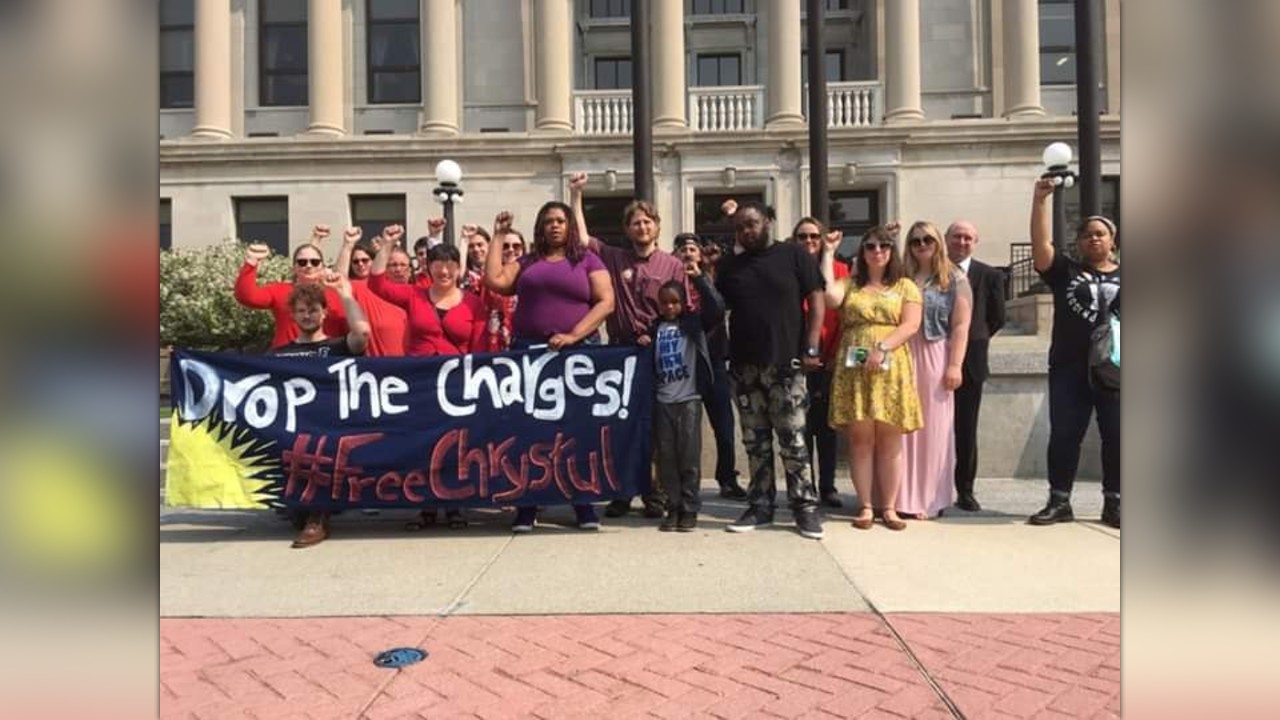 $4,040 raised 9% of $45k goal
142 contributors
113 Days running
Contribute
By Devore Taylor
Are you friends?
Personal campaign Keep it all
Milwaukee, US

Hello, I am the mother of, Chrystul Kizer, who was a minor at the time of her incarceration and is currently facing charges in Kenosha, WI because she defended herself from a known sex trafficker.

Randall Phillip Volar, III had a search warrant executed on his home in February 2018, after a different minor black female from my daughter, called 911 and reported that "Randy" gave her LSD and was going to kill her. During that raid Randy was taking into custody and his home was searched. Items related to child sex trafficking and child pornography was discovered and there were many items confiscated including tor browsers, videos and photos involving the suspect (Randall Volar) and numerous underage BLACK GIRLS, participating in various sexual activities. Randall Phillip Volar III, describes himself as an escort trainer in one of the videos, with a clearly apparent underage girl.

The DA knew about his disgusting behavior, HAD PROOF OF IT AND SAT ON THE INFORMATION FOR MONTHS!!! Although he was taking into custody the day the search warrant was executed HE WAS ALLOWED TO LEAVE THE KENOSHA  COUNTY JAIL WITHOUT BAIL OR A COURT DATE!  NO INFORMATION OF THE ARREST WAS ENTERED INTO THE SYSTEM. I KNOW BECAUSE I LOOKED HIM UP WHEN I WAS INFORMED OF HIS ARREST .  THE ONLY THING I FOUND WERE OWI'S AND A FAILURE TO REGISTER A VEHICLE FROM AND THE LAST ARREST ON RECORD STATED 2016. NOTHING FROM 2018!!!!!

The HANDS OFF CHRYSTUL KIZER DEFENSE COMMITTEE, is currently trying to raise $45,000 to secure an attorney to get her released as soon as possible so that she can begin HER healing process. This is a very traumatic experience for her and considering the fact she doesn't come from a background involved with these types of situations I know she will require that much more love and support from not only me but from her community. I never in a million years would have thought we would be in this position, but here we are. THE HANDS OFF CHRYSTUL KIZER COMMITTEE,  are looking to retain the legal services of a law firm out of Madison, WI.

Any type of help is appreciated whether you share her story, donate a couple of dollars, come and show court support or sign the petition, https://www.change.org/p/the-people-free-chrystul-kizer

Activity highlights See all143
NEW Thank you emails can now be sent directly from the Transactions page.
Alternatively you can still leave a comment here. Devore Taylor hasn't posted any updates yet.
Newest | Oldest
Show more
NEW Thank you emails can now be sent directly from the Transactions page.
Alternatively you can still leave a comment here.

Devore Taylor is managing the funds for this campaign. The campaign is for a personal cause.