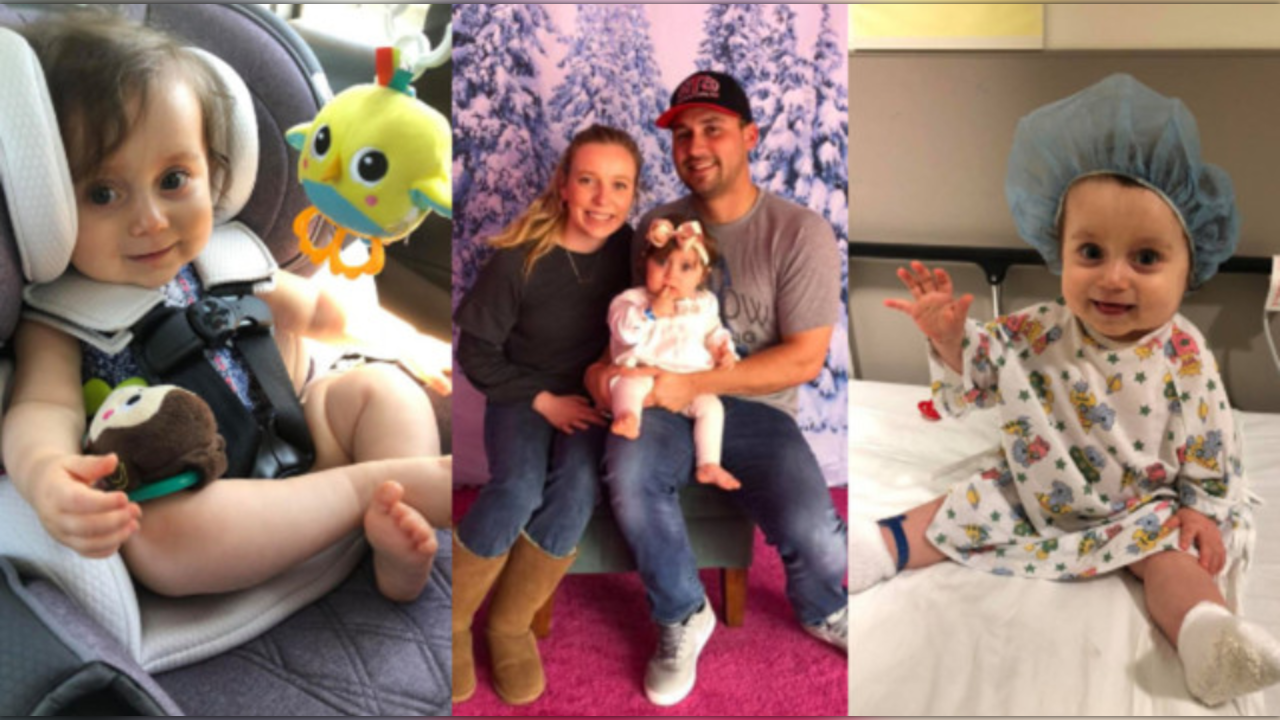 11-month-old Willow is the first child born to Natalie and James Crowe of McDonough, GA. They were so excited to welcome a baby into their family and could not have felt more blessed. Nine months ago, Willow’s mom noticed several bumps pop up on her back and belly which their Pediatrician thought were hormone bumps or possibly a heat rash. Willow was prescribed steroid cream, but after no change, they returned back to the pediatrician’s office, only to be diagnosed with eczema. After trying a different steroid cream with no real results, their doctor gave them a referral to be seen by a pediatric dermatologist.

Willow was seen by two different dermatologists who both claimed her symptoms to be eczema related. To get a more accurate diagnosis, a biopsy was done of the main rash on Willow's back, but the results still pointed to eczema. Willow visited many different pediatric dermatologists and tried all their suggestions. After countless creams and lotions, bath washes, laundry detergent, steroid creams, EXTENSIVE diets for Natalie who was breastfeeding, and for Willow, there was still NO noticeable change.


Willow continued to suffer as the rash on her back had become increasingly irritated and painful. She was put on two new medications that finally offered some relief but did not clear up the rash. She was also placed on an oral steroid that helped clear the rash on her back, but the bright red bumps in her groin area did not improve. At Willow’s next dermatologist appointment, her doctor asked for the bumps on her groin to be biopsied.

The Crowes got the call with the results. It was Langerhans Cell Histiocytosis (LCH).

Langerhans Cell Histiocytosis (LCH) is a disorder in which the body makes too many dendritic cells. These cells play a role in the body’s immune system. Langerhans cells are a form of dendritic cell, or histiocyte, which is mostly found in the skin, lungs, stomach and intestines. In LCH, these cells build up in various tissues and cause damage. LCH is not a cancer, but it shares similarities to some cancers and often requires treatment with chemotherapy.

William Young hasn't posted any updates yet.
Newest | Oldest
Show more
NEW Thank you emails can now be sent directly from the Transactions page.
Alternatively you can still leave a comment here.

William Young is managing the funds for this campaign. The campaign is for a personal cause.