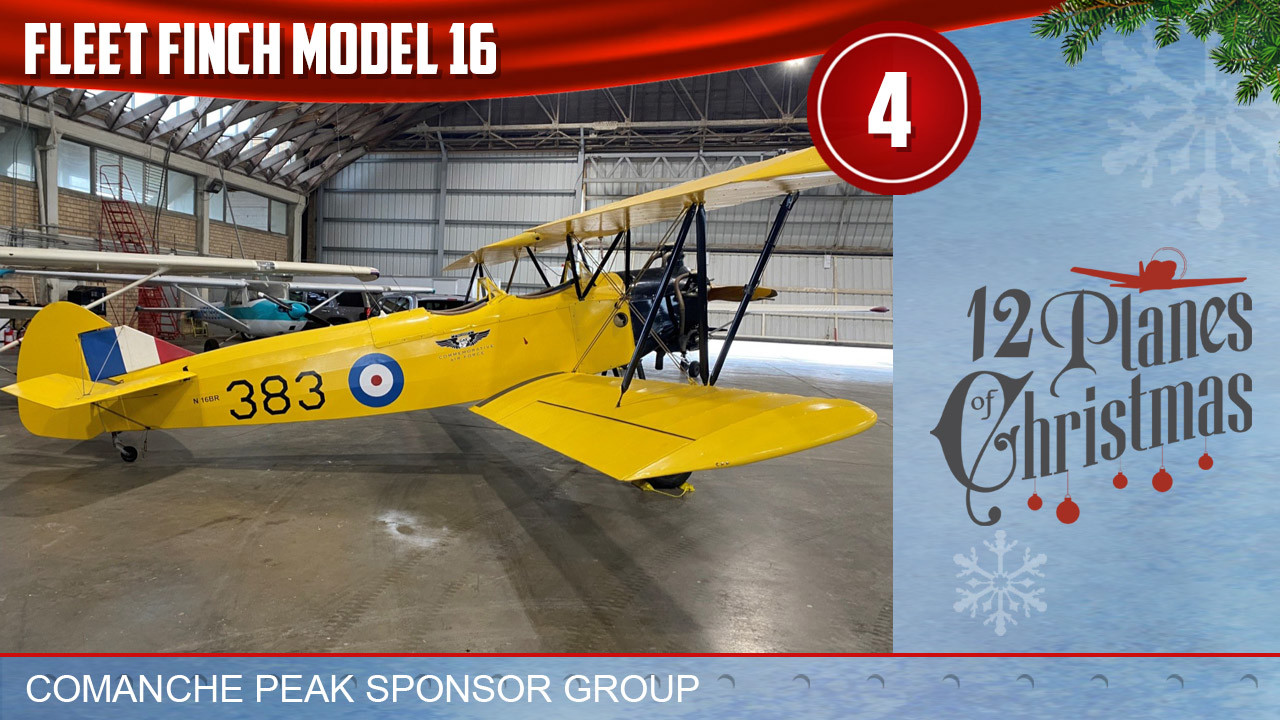 SUMMARY
The Fleet Finch, number 383, may be the oldest Commemorative Air Force aircraft. It has been inactive since 2016 and, although intact, needed a new home. The Comanche Peak Sponsor Group was chartered in 2021 to care for this specific airplane long term.


HISTORY
The basic design for the Fleet Finch was laid down in 1930, making it a contemporary of the more famous Tiger Moth. This aircraft was manufactured by Fleet Aircraft in Fort Erie, Ontario, Canada around 1940. It served in the Royal Canadian Air Force as an elementary trainer under the British Commonwealth Air Training Plan.


PROGRESS
The engine and airframe are complete and the aircraft was test flown this year.  Due to its long-grounded status, there are quite a few issues that need to be addressed with regard to reliability and rigging.  The group has determined that it is not feasible to complete work in place at Port Isabel.  The wings will be removed and the airplane transported to its new home by truck.  Thanks to the Rio Grande Valley Wing for hosting the airplane up to this point!

At the Finch's new home in Granbury, Texas, wings will be reinstalled and a complete re-rigging and CG survey done.  Issues with the magnetos and switch wiring will be addressed.  Corroded hardware and defective instruments will be repaired.  Airworthy mounts for the radio battery, ELT and ballast will be fabricated.  Ground handling equipment for the airplane is needed.  Spare parts for the Kinner B-5 engine should be purchased for the inevitable need.  Available technical data for the aircraft is limited, so the group is working from 1st principles.


VISION
The Fleet Finch will be used to tell the story of the more than 8,800 American volunteers who trained and served in the Royal Canadian Air Force and Royal Air Force before the U.S. entered the War. That number includes 244 who served in the famous Eagle Squadrons of the RAF.  When America entered the War, the Eagle Squadrons formed the nucleus of the 4th Fighter Group in the 8th Air Force. Nine of these volunteers became Aces.  The majority served as airmen in other RCAF and RAF units alongside citizens of the British Commonwealth in both fighters and bombers.

With the help of other CAF members and warbird enthusiasts, we can have this airplane flying for the public in 2022!