Campaign extended! Our deadline has passed but you can still help. ✕
✕
Jonas Deichmann would like you to see Eurasia Challenge - 2 world records in 70 days
Jonas has raised $10 from 1 contributor Please contribute now 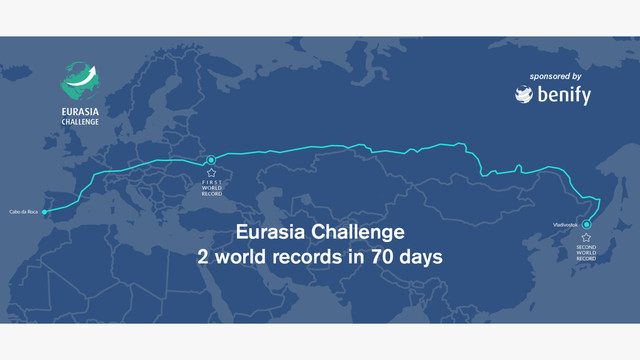 On July 2nd, Jonas Deichmann will attempt to become the first person in history to cycle the entire landmass of Europe and Asia in just 70 days.

If he completes his mammoth challenge, Jonas will succeed in breaking 2 Guinness World Records – for being the fastest to cycle across both Europe (Cabo da Roca in Portugal to Ufa in Russia) and Eurasia (Cabo da Roca to Vladivostok in Russia) respectively.

Jonas will be raising money for the TDA Global Cycling Foundation – a humanitarian organization which provides bicycles to healthcare and community development workers in Africa and India.

Celebrate the 200th birthday of the bicycle all summer long with the TDA Foundation! Our 2017 goal is to donate 1,000 bikes in our partner communities in Africa, improving access to education, basic health care, and economic opportunity for the people we meet along our adventure travel routes.

You can help us to reach that goal and make real wishes come true--giving the life-changing gift of transportation--in celebration of the anniversary of the world's best form of transportation: the bicycle!

As a single rider, a pair of riders, or group of riders, all in one day or between June 12th and September 12th , log 200 kilometres of cycling using the Biko app*, MapMyRide, Strava, RIDEwithGPS, or an other GPS service.  D ust off your bike, check your tires, and GETREADY TO RIDE!
*Note: Biko rewards riders in the form of free swag--even MORE incentive to get out and log those 200 kms! Biko is currently available to riders in these cities: Toronto, ON; Vancouver, BC; Mexico City, Mexico; Bogota, Columbia; Medellin, Columbia; San Francisco, CA; San Diego, CA; Los Angeles, CA; Portland, OR; Seattle, WA.

Ask friends and family to support your challenge by making a donation in your name. Or, donate $200 directly. All funds raised will contribute to the collective effort of reaching $200,000 to donate 1,000 bikes to school children, community health volunteers, and worthy community organizations in Africa.

REMEMBER: this is a GLOBAL CHALLENGE. It can be completed from ANYWHERE IN THE WORLD. Each $200 CAD (Canadian) buys one bike. Donation dollars will automatically be converted to your own currency, so don't worry about doing the math. We've already taken care of that.

Take photos! Record videos! Share the excitement of your #200for200 challenge on all your social media platforms. Be proud of what you've accomplished--it's a HUGE DEAL! Spread the word and help us reach our BIG BICYCLE BIRTHDAY GOAL of raising $200,000 and giving the gift of 1,000 bikes.

DON'T FORGET (for real, this is REALLY important), in order for a challenge to be considered complete you MUST: 1. RIDE 200K (we'll take your word for it) and RAISE $200 (minimum), 2. Share your completed #200for200 Challenge on any social media platform using the official #200for200 hashtag, and 3. Tag @tdacycling + at least two friends, inviting them to take the challenge too. It's that simple!

Now.. GET ON YOUR BIKES AND RIDE!

Don’t stop at 200K. Keep riding! Keep FUNdrasing! Every $200 CAD buys another bike. Get fit, have a blast, make new friends, and give the gift of transportation, education, and opportunity to those in greatest need.

Joining the #200for200 Summer Cycling Challenge makes you eligible to win a DREAM TRIP! Qualifying #200for200 challengers will be entered to win ONE FULL SECTION of a TDA Global Cycling adventure tour, which will include: flight, accommodations, meals, and an invitation to participate in the #200for200 bicycle presentation ceremony, where the winner will get to experience first-hand the impact their fundraising effort has had upon bicycle recipients in our partner communities. Terms and conditions can be found here.

The #200for200 Summer Cycling Challenge is an initiative of TDA Global Cycling through TDA Foundation .

Henry Gold, Founder and Managing Director, established TDA Global Cycling in 2002. The New York Times described the company as ‘a specialist in long-distance trips’. In 2015, UK-based Independent Travel Awards chose TDA Global Cycling as Best Adventure Travel Company. Today our expeditions traverse over 60 countries on 6 continent ranging in length from ten days for a single section to as long as five and a half months.

From the beginning, TDA Foundation has been an integral part of TDA Global Cycling’s vision and is an important part of the company, one that remains close to the heart of all TDA team members. The Foundation was set up at the same time as the original T our d’Afrique Bicycle Race/Expedition in 2003.

TDA Foundation was created with two main goals: To give something back to the people and the communities of the areas that we pass through on our cycling tours and to raise consciousness about bicycles as an alternative and, in many ways, better and more beneficial means of transport.

To fulfill these objectives the Foundation focused on three areas: donating bikes to individuals and organizations in Africa, supporting bicycle advocacy, and promoting projects that protect the environment.

All told, the TDA Foundation has now donated more than 2,300 bicycles to more than 70 grassroots organizations and communities in 8 African countries and India.

It is important to note that TDA Foundation is not a registered charity; it is a subset of our for-profit company, TDA Global Cycling. That means there are ZERO administrative costs associated with this campaign. All campaign employees and organizers are paid by our for-profit company, which also means that EVERY DOLLAR RAISED will be utilized in the purchase and distribution of bikes for our #200for200 recipients.

Every year TDA Global Cycling, through the Foundation and its local partners and organizations, donate one bicycle for every full tour rider on the Tour d’Afrique. In addition, every year riders on the Tour d’Afrique as well as some of our alumni clients, raise funds for the Foundation, which enables more bikes to be donated. These donations are typically made to rural and peri-urban community development and health care workers or to bicycle-related charities.

The bikes make a major impact in terms of the abilities of grassroots humanitarian organizations to help communities and families in a wide range of activities, from improving access to basic health care and schools to overcoming the impact of the HIV/AIDs epidemic, and developing local income generating activities.

For example, in Nairobi, Kenya the TDA Foundation has been donating bikes to Mazi Majuri for over 10 years. As the organization’s director writes: “We would like to express our deepest appreciation for the bicycles received from the TDA Foundation. These are an invaluable resource to our work and now we may more easily deliver medicines to the Maji Mazuri Children’s Center. The Mathare Maji Mazuri Youth Group will now be able to overcome the financial and time constraints forthwith detracting from their efforts at community outreach and cooperation with the larger Nairobi community.”

This year our goal is much bigger and, with your support, the impact will be dramatically greater. 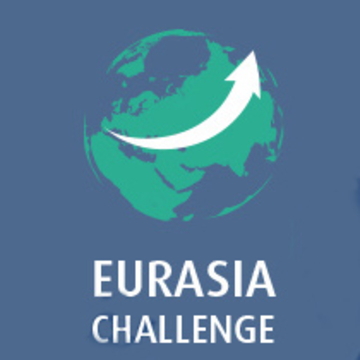 Join #EurasiaChallenge in making this campaign a success. Together we can do good for the cause we believe in. 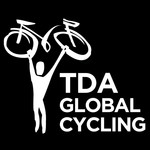 TDA Foundation is managing the funds for this campaign.