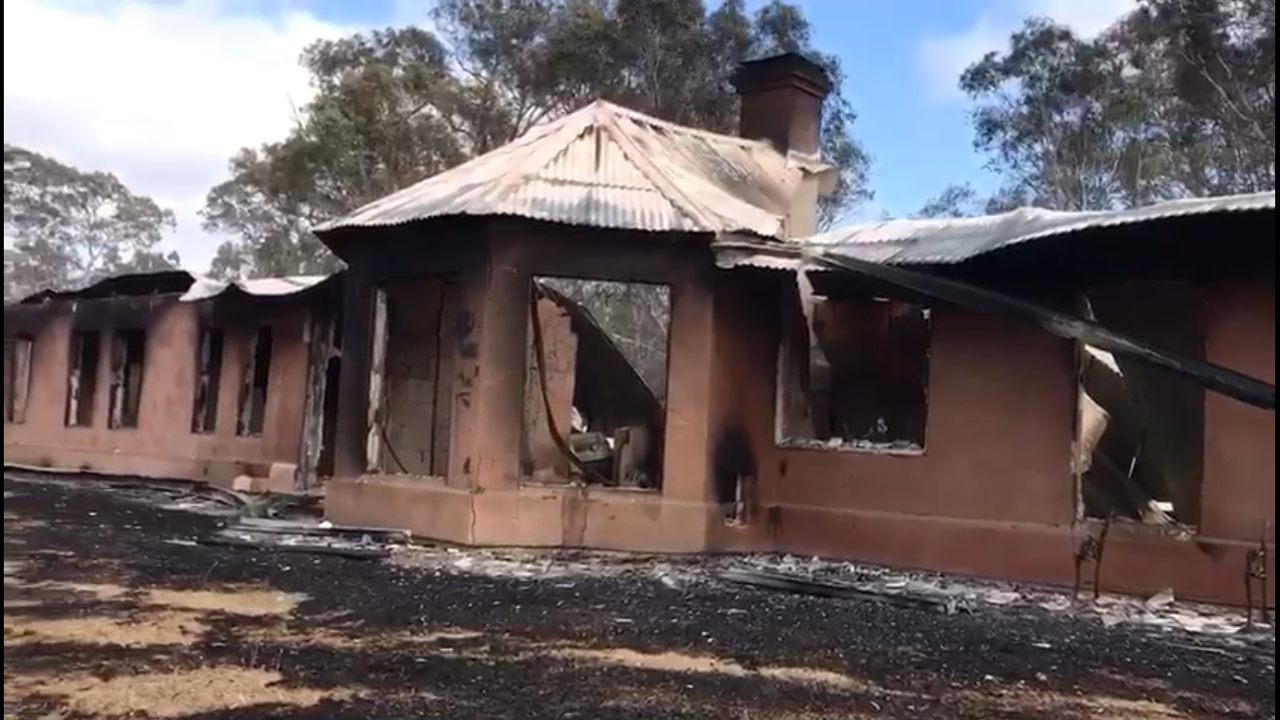 Hello, my name is Megan Furner

I am an Australian and the daughter of Andrew and Carolyn.

My parents who are in their seventies lost their home in the volatile Cudlee Creek Bushfires in South Australia a few days before Christmas.

Mum, Dad (and myself when home) had been working exceptionally hard trying finalise renovations of the family home with the last of their life savings. It has been a monumental task! My father had been sick with a debilitating virus called Q Fever, it affects the heart, brain stem, memory and acts in a similar way to Chronic Fatigue. There have been a lot of ups and downs, weeks of bed that are totally unpredictable, hearing loss, changes in personality, inability to function mentally as he has. So with lawyers deliberately dragging out his legal case with WorkCover even though the judge handed down in his favour, it has not been easy.

Just days from finishing the renovations the fires ripped through Military Road Brukunga/Harrogate burning our family farmhouse to the ground. The CFS (Country Fire Services) were told to stand down in our area, dangerously there was no help for us.  We have since been told the fires were the most volatile where our home and the neighbours homes burnt.  Dad risked everything and stayed to fight the fire, having experience volunteering as a fire fighter in the 80’s Ash Wednesday fires and other major fires in the South East of South Australia and Victoria. Without any assistance from fire services and with the fire being so vicious, he was unable to save the house.   The house was due to go on the market in the coming months (hopefully after some rain), and the funds were going to clear debt with the banks and set them up with a small home to live out the rest of their years.

Now with the fires destroying most of their assets on the farm (tanks, fences we built and the house) they very really stand to lose everything they have left!

Andrew and Carolyn have been an active part of society working full time their whole lives, paying their way, contributing and volunteering (not that it should matter).  Mum was not only a Palliative Care Specialist and RN, she spent five decades (50 years) rescuing, raising and releasing a menagerie of Australian native animals. She never had funding or support from the government and I would estimate she spent in excess of $200’000 of her own money doing this. We grew up in a house full of Koalas, Kangaroo, Euros, Wallaby, Possums both Ringtail and Brushtail, we had snakes, Lizards, Cockys and Magpies. My father and my late grandparents had purpose planted the property with thousands of beautiful native trees and shrubs, we saw bird species return in the property that hadn’t been seen there in decades. It was wonderful place to live!

Can you help? Help is something as a family we never ask for and find difficult to say….

But we as a family need your help! We are genuine people, we are the Furner’s. I have gone through the process to identify myself with my passport to make this page (for those in doubt). I am happy to receive positive messages only, and logical well thought out queries if you have any concerns. We don’t need trolls please, we are devastated enough and need to focusing on the task at hand.

I started this campaign well before funding was available and I need to express how difficult the process has been to claim some of the grants (especially for the oldies). I want you to know this funding will go directly to Mum and Dad with a very small administration fee to fundrazr.

We are extremely grateful for the grants and funds received this far, so thank you, thank you!

at this stage it isn’t enough to save the farm….

If you can donate, that would be great!   If you can share, this is equally as fabulous!

Megan Furner is managing the funds for this campaign. The campaign is for a personal cause.