Thank you everybody. Our campaign is now over. ✕
Help me get Enchroma glasses for Chris and Jon
✖
Gallery (1) 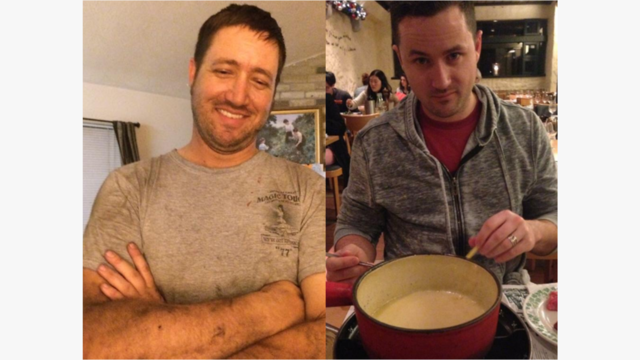 Hello World..My name is Shannon. I have two older brothers; Jon and Chris. Both of them are colorblind. Over the years we have all drifted in and out of touch, but our family is a large one and we love getting together, so everyone sticks around pretty well. When someone doesn't show up to a gathering, we miss them! Their absence from our lives is noted. This is just one way that I can think of to let at least two of those family members know that they mean something to us and that we think of them, even when they're not around as much.

I found Enchroma a couple of years ago. I don't know how I did, if it was an add, or through a friend or acquaintance.. I truly can't remember, but somehow I did. I had both of my brothers take the test online and they both were evaluated as moderate deutans. No surprise there, they were both diagnosed as children.. Funny story there, apparently my parents didn't know both of their boys were color blind, but one had shown signs. When the test was being administered to my oldest brother Chris, my other brother Jon was looking over his shoulder. They asked what number Chris saw - he replied that he didn't see any number. Jon thought they were messing with him, because he piped up "What numbers!?"

I have been wanting to get them Enchroma glasses for a while now, but 1. They're expensive and I don't personally make a ton of money. 2. I was nervous about how they would react. Would they be excited? What if they got upset? Why wouldn't they be excited!? It's one thing to read about what these glasses can do, but to experience it? ...There's no way to compare it, right? So I have to take the plunge! I want  to do this for them, because what are sisters for? They are for love and support and sharing. I want to share with them the colors they have never been able to experience.

But I need help. I would love to be able to get them each a pair of these glasses, because while I live in the Austin TX area, one brother lives in Houston, and the other in South Dakota! Ugh! Distance!

If I can get enough money raised to pay for one of the two pairs +, I think I would be able to take the hit and pay for the rest of the second pair myself. Otherwise they'll have to share!

Any help is appreciated. Sometimes people don't realize how far just a couple dollars can go, and in this case, it's to help people see a world of color.

(P.S. I'm totally making them watch Wizard of Oz with these things!)

Enchroma glasses are an optical assistive device; they are not a cure for color blindness. Results vary depending on the type and extent of color vision deficiency per individual. The glasses are estimated to be effective for 4 out of 5 cases (80%) of red-green color vision deficiency – prospective users are encouraged to take our online color vision test to assess the likelihood of efficacy. Enchroma does not endorse use of the glasses to pass occupational screening tests such as the Ishihara test. For more information please read the FAQs , learn about the Enchroma technology and story , or contact customer support .

Check out these reactions Shannon Wyatt hasn't posted any updates yet.
Newest | Oldest
Show more
NEW Thank you emails can now be sent directly from the Transactions page.
Alternatively you can still leave a comment here.

Shannon Wyatt is managing the funds for this campaign. The campaign is for a personal cause.