No thanks
Help exonerate our beloved son - Ashton
✖
Gallery (1) 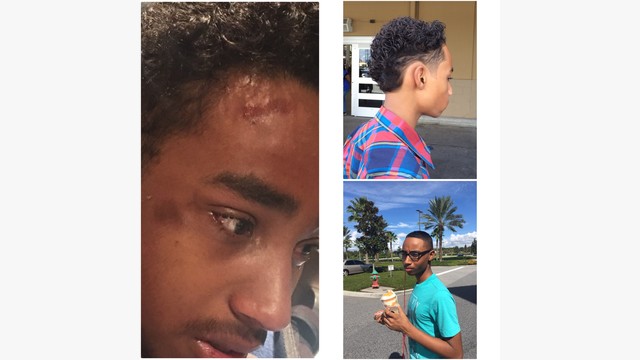 $730 raised 6% of $12k goal
23 contributors
3 Years running
Contribute
By Bryan Gelfand
Are you friends?
Personal campaign Keep it all
Orlando, FL, US

My name is Bryan Gelfand.  My son's name is Ashton Gelfand.  This account has been set up to help him exonerate him and proclaim his innocence.  Our son is on the Autism Spectrum.  He has been diagnosed with Asperger's Syndrome, ADHD, Excoriation, and a specific learning disorder with Impairment in Reading and Comprehension.  His socializtion skills scored in the severe range when tested by The Scott Center for Autism in Melbourne, FL.

His 1st year of High School at West Orange (Orlando, Fl) has been an absolute nightmare.  We met with the school before the year began to inform them of his disabilities and they were not welcoming of the accomdations needed.  Within 5 minutes of the meeting we were denied an IEP.  We were told he must flunk first.  This is just an example of the ignorance practiced at this school.  Fast forward to this week.  Our son has had 2 counselors and 3 teachers quit throughout the year.  On March 2nd, 2017 our son attempted to leave the classroom as it had become too loud and out of control. The substitue teacher was not controlling the kids which often is the case when the real teacher is gone.  His 504 behavioral plan allows for him to leave when needed, however, the Orange County district has a rule in place that they do NOT tell substitutes of the students who have disabilities due to privacy reasons.  The sub denied him this right. He grabbed my son's hand and things turned bad from there.  My son, as is the case with many kids on the Autism Spectrum, hates to be touched.  He yelled at the teacher who then yelled back and called for backup.  The very aggresive Vice Principal came to the classroom in a way that wouldn't de-escalate anything.  The resource office called us immediately so that we could come down and calm him down.  My son kept yelling at them to leave him alone and let him cool down.  While we were on the way they proceeded to try and forcibly remove him from the classroom.  The SRO grabbed him by the arm and was yanking him out of the desk when the VP came from behind and grabbed my son by the neck.  My son did not know who was behind him and turned around swinging as he was very very frightened.  When contact was made on the VP, who is twice my little 14 year old's size, the VP punched my son in the face and the chest.  You can see the bruising on his face.  Before we could get there they pepper sprayed my son and took him down to the ground leaving a good sized gash on his forehead.  He was then arrested and charged with 5 counts including resisting arrest w/o violence, assaulting a police officer, assualting a teacher/government employee, disturbing the peace, and battery on a school employee.  He spent two days in juvenile detention until I finally got him out.

I have been fighting with the school board for two months to get him out of this school as they were not equipped to handle kids with disabilities.  However the district has been sititng on my request for over 30 days.  I warned them time and time again that the situation was getting worse and tension was boiling over.  They did not believe me and kept him there despite our numerous pleas to transfer him.  I called and emailed every other day checking on the request.  My daughter requested a transfer on 12/3 for athletic reasons and her request was granted 23 hours later on 12/4. I guess they take sports as a precendence over those with disabilities.  A clear violation of the ADA.

We must clear my son's name and then go after the school and the district as they are 100% culpable for the situation.  Our son doesn't even know what he did wrong due to his disabilities.  All he keeps saying is "I just wanted them to leave me alone."  He doesn't understand why they wouldn't just let him cool off.

Please help us save his life.  A child with Autism who does not understand what has happened does not deserve the charges that have been filed nor does he deserve to have a criminal record at 14. These charges will follow him for the rest of his life.  We must raise the necessary funds to pay an attorney the fees to sufficiently defend his innocence. Bryan Gelfand is managing the funds for this campaign. The campaign is for a personal cause.