Campaign extended! Our deadline has passed but you can still help. ✕
Zack Heart would like you to see Great Australian Animal Fire Victims Appeal
Please contribute now 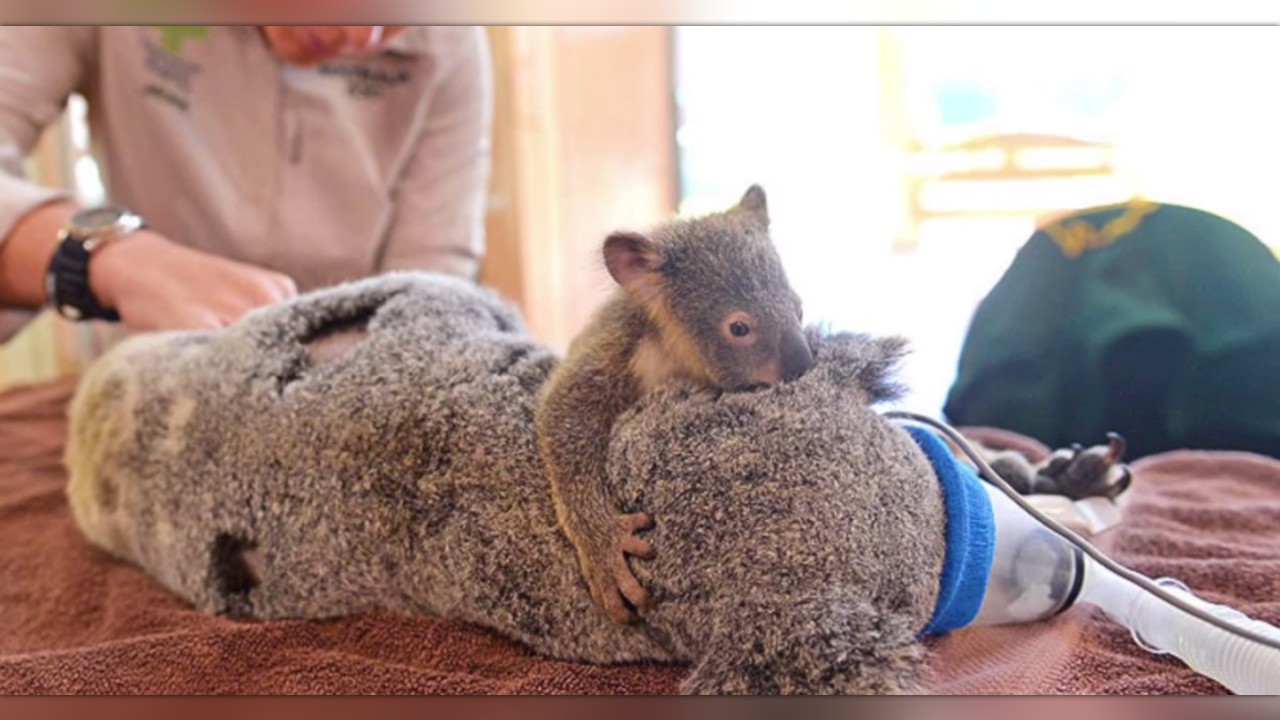 If you don't know me I'm Zack Heart, aka Outback Zack the Australian TV Personality, wildlife specialist & conservationist. Australian animals are dying, have lost their homes, and we need your help urgently...

As the lead up to the TV Special, OutbackZack Media Group & Fundrazr are collaborating with WILDLIFE VICTORIA to raise critically needed funds for them... Will you help me? Let's work together and get them and the animals the financial help they need.

Got a spare $10 $20 $50 or more?  Whatever you can afford  will make a difference. And you will know that it helped save a precious life. 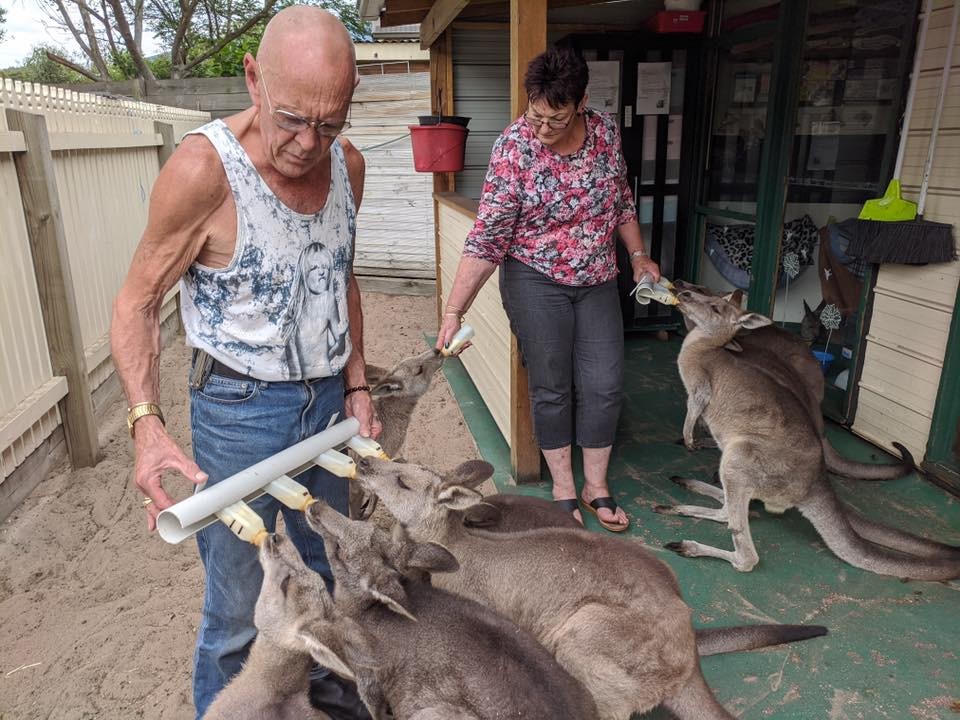 Your donation towards the incredible animal saving organization, WILDLIFE VICTORIA, will enable them to work with and financially support numerous animal shelters, vets, rescue teams, triages, and animal groups in Australia trying desperately to save countless animals with little to no funding. Animals that have been caught in the horrific fires that have Killed over 1 billion animals and incinerated 46 million acres...

As seen all over the news, Koalas have been decimated killing up to a third of the population. Your gift will help koalas that survived the fires recover from their terrible burns. Rescue kangaroos & wallabies, and abandoned baby wombats from burrows. Provide care for so many such as beautiful gliders, echidnas, flying fox babies and the list goes on and on... 1000’s upon 1000’s need desperate lifesaving rescue, treatment, housing, recovery, and critical habitat regeneration. That's right, their homes are gone.

Hundreds of catastrophic fires continue to burn out of control in almost every state of Australia… and this will go on for months and months... We need your help.

Why Urgent Funding is Needed

Plain & simple the situation is dire. Fires are still raging and the locations where fires have been put out have left animals that survived those fires with no food or water, terrible burns to their bodies, scorched feet, in agony, and with infections that grant rescuers very little time to find them. WILDLIFE VICTORIA and the numerous teams they support are rescuing and caring for countless sick, injured and orphaned native animals. The funds needed are to pay for life saving medicine and equipment, food, around the clock treatment, care, and recovery by a staggering number of animal shelters, vets, rehabilitators, wildlife search and rescue technicians, volunteers etc. that are overwhelmed & inundated. It’s like nothing you've ever seen. A massive war zone and innocent animals are the victims.

Again $10 $20 $50 or more. You can be the difference between a precious koala living, suffering, or dying.

The Australian Guardian newspaper read," The bushfire crisis has caused a “collective grief” among wildlife carers, who say the “scent of death [is] in every breath” in fire-affected areas. Volunteers have needed mental health support due to distress from the images of so many animals killed.  WILDLIFE VICTORIA CEO, Dr Megan Davidson responded by saying, "she supported the call for greater mental health support, saying images of animals killed by the fires, as well as knowledge of the millions of hectares of habitat lost, had caused widespread distress among volunteer wildlife rescuers and rehabilitators. Animals that survive rehabilitation may not be able to be released for some time, because their habitat is gone," she said. That will increase the costs for carers.

The bushfire devastation and broad-scale habitat destruction has been repeated across the country and is even worse on Kangaroo Island, which wildlife rescue workers have described as 'apocalyptic'.  "Even without fires," Davidson said, "caring for wildlife is an expensive and brutal business”.


Here is what your donation to Wildlife Victoria's Bushﬁre Appeal will enable:


• Financial support to wildlife shelters in the direct path of the bushﬁres to rebuild buildings and animal enclosures
• Financial support to wildlife shelters and carers to care for the inﬂux of animals from the bushﬁre zones. Many of which will need many months of intensive   rehabilitation.
• Financial support to local wildlife rescue groups to rescue and support feed surviving animals in and around bushﬁre affected areas, who in turn are supporting struggling local food supply businesses
• Financial support to mobile triage units for animals in ﬁre affected areas across Victoria
• Getting Wildlife Victoria's own fully equipped mobile triage van with vet and rescuers to where it is needed
Thank you!
• Supporting Government run triage units with pathways to care via Wildlife Victoria's established networks to animals in need of rehabilitation.
• Financially supporting ﬂying fox carers to care for record number of orphans this year due to extreme weather events. These animals are our forest pollinators, so we need them to regenerate the forests destroyed by the bushﬁres.
• Assisting with habitat regeneration projects to ensure that rehabilitated animals have somewhere to return to when they are ready to be released.

A Message from Zack to You


"I live in California, USA now and am aware of the destruction fires cause here. It's devastating. In 2009 my family, friends & I were seriously affected by what was then known as Australia’s deadliest fire called “Black Saturday”. 173 People and up 2 Million animals lost their lives… I wrote, produced & hosted the Animal Fire Victims Appeal TV Special during that time for Wildlife Victoria. It raised a lot of money and provided the support needed. WILDLIFE VICTORIA, numerous animal groups, carers etc etc and countless animals and I... are asking you to come to their financial aid...so we can do it again. You will remember your donation for the rest of your life, knowing that your contribution helped save koala’s, kangaroo’s, babies abandoned by mothers to flee the flames...and countless other innocent animal lives crying out for help…

Thank you & God Bless You, 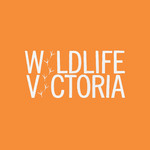