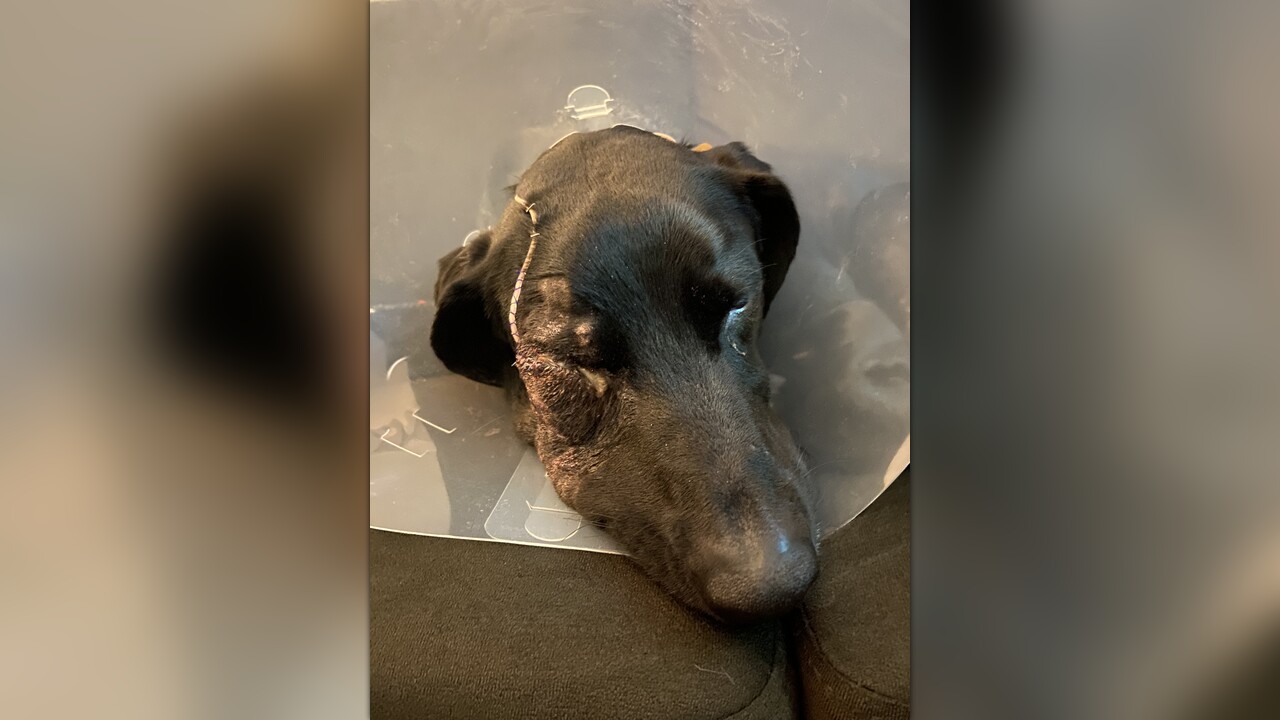 Due to an unpredictable event, on September 18th, Odyn was attacked by another dog.

Odyn's tissues/skin beside his right eyeball were torn clean from his skull. Fortunately, his orbital bone and eye functions are intact. He suffered a lip laceration that entailed sutures to be put back together. Ultimately, he was rushed to Blue Pearl Animal Hospital and underwent anesthesia to piece back together his eye laceration. A drainage tube was sewn into place that allows any excess fluids that form underneath the skin to drain into a reservoir.

As of late September 19th, Evan and I noticed significant swelling, a foul odor and abnormal colored fluid draining into the tube reservoir and out of his eye socket. Odyn was taken into Blue Pearl again this morning to check for infection.

As of 8:00 am, Odyn was admitted to surgery for a wound wash-out in hopes of controlling the infection.


Odyn is not just a dog. He is Evan's world. The kids' best friend. And my 4th baby.

Please consider assisting Evan and me with Odyn's medical costs.

Vanessa Draft is managing the funds for this campaign. The campaign is for a personal cause.