Thank you everybody. Our campaign is now over. ✕
Teen In Need
✖
Gallery (10) 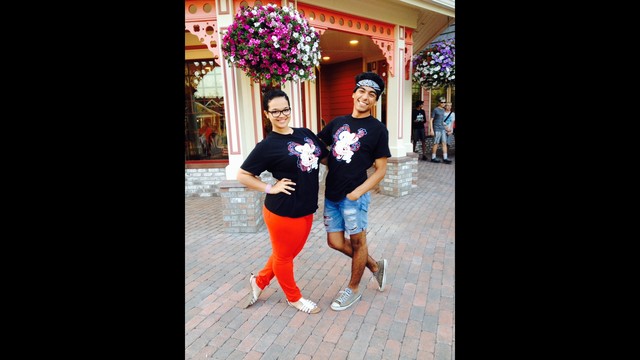 Danny is an amazing young man inside and out. He and our daughter are the best of friends. His light shines so bright on all he is around. He has recently came out to the world that he is gay. Being a teenager is tough on its own. Not having the support of those closest to you can make things a lot tougher. He tried out and made Cheerleader for the 2014-2015 season at our local school. We picked him up last night for a meeting about upcoming fundraisers and camp. We were informed that the girls need to come up with $400.00 by this Saturday. He being the only guy on the team is going to be responsible for much more because of the fee's charged for camp lodging. The girls can split the cost of lodging among 5 because they can share a room, where he is alone for his lodging for being the only guy on the team. He stated he is getting no support from his family. My husband and I paid for his fundraising shirt, only $20, because he wasn't given that money from his family. Our daughter is on the team as well. We do not have the funds to cover this large amount for him as well. His total for the entire year will be about $1700.00, but we are just needing this initial amount to make sure he will get to go to camp and be part of the team. He is an amazing young man who deserves the chance to be who he is and be accepted. Please help in any way you can. Sandi Delarosa hasn't posted any updates yet.
Newest | Oldest
Show more
NEW Thank you emails can now be sent directly from the Transactions page.
Alternatively you can still leave a comment here.

Sandi Delarosa is managing the funds for this campaign. The campaign is for a personal cause.