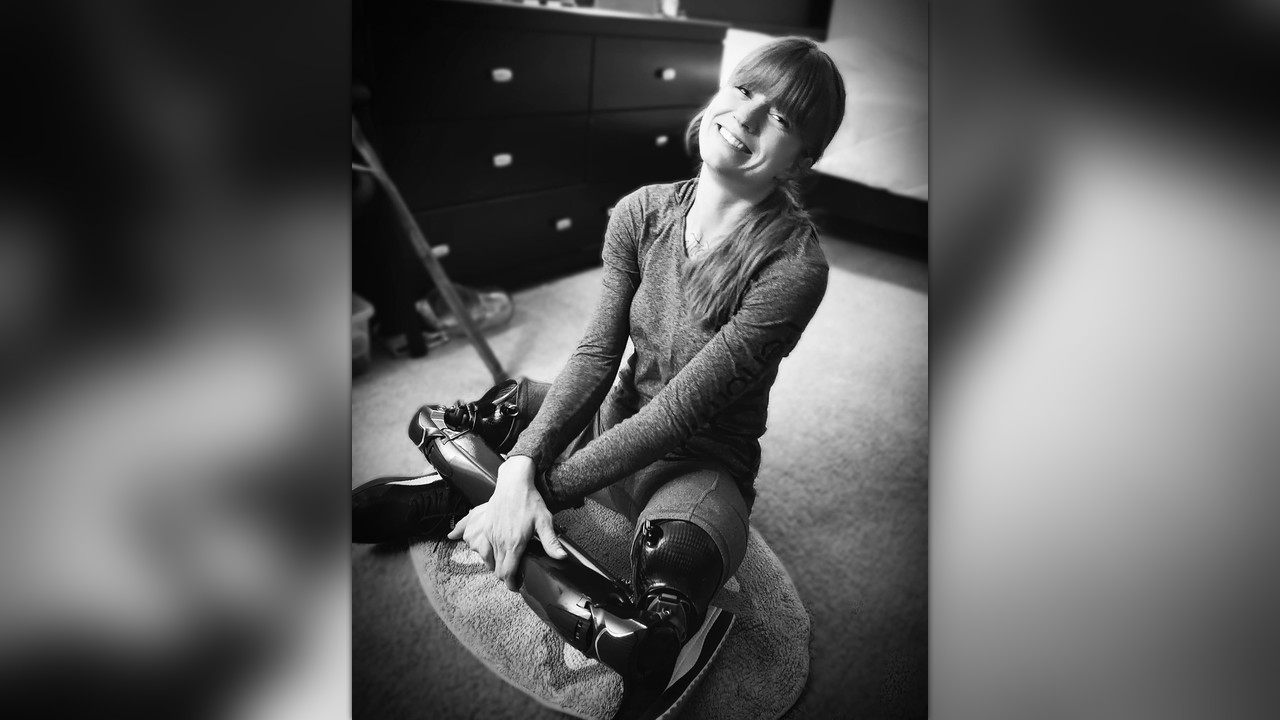 $50 raised 0% of $20k goal
1 contributor
144 Days running
Contribute
By Mandy Horvath
Are you friends?
Personal campaign Keep it all Colorado Springs, US

My name is  Mandy Horvath,  in 2014 I was struck by a locomotive, severing my limbs just above the knees (making me a  bi-lateral above knee amputee). In 2016, I moved to Colorado Springs, Colorado to live at the base of America’s Mountain.

April 23, 2018, I became this  first female bi-lateral amputee to ascend  one of Colorado’s toughest trails,  the Manitou Incline, using only my hands.  Weeks later I tackled  Pikes Peak, becoming the  first bi-lateral amputee to crawl Barr Trail’s 13 miles to summit  bringing awareness and fundraising to Operation Ward 57 & The Battle Buddy Foundation. Amid these successes, I faced personal issues with alcoholism, legal issues and despair but managed to find sobriety and its blessings (I most recently celebrated 2 years & 7 months of sobriety!).

August of 2019,  I went back in the mountains and  safely led an expedition from the base of the Manitou Incline to Pikes Peak,  amongst my crew was another fellow bi-lateral amputee I also inspired to hand hike.  This expedition was a successful fundraising launch for Cars4heroes Colorado; in the coming weeks we were privileged with aiding two local heroic families with reliable transportation. #TheLeglessLegends

September of 2019,  I was granted permissions to  crawl up the stairwell of Lady Liberty on behalf of Cars4Heroes.   2020 was a year of prosthetic fittings so that I can walk  ambulatory and give my hands a break.

In the coming months I will be enduring training in the mountains of my backyard. My next challenge is to climb to higher elevation, that  requires specialized equipment to be purchased, modified and/or fabricated.  This hand hiking challenge has never been attempted and will bring awareness as well as fundraising to organizations in desperate need of assistance.  TBA: APRIL 05, 2021.

Please help me to inspire and spread a message of hope to the world that truly anything is possible, while raising awareness and funding for charities!

Proceeds raised in excess of this amount  (or in the unlikely instance the summit in consideration is not a possibility),  will be directed towards the purchase of TWO, above knee running blade prosthesis. I have not run in  7 years, or since my amputations. Insurance does not cover the cost of running blades. As I am not a veteran nor a minor and I am a bi-lateral above knee amputee, I am at a significant disadvantage in acquisition for funding for these TWO prosthetic blades. I am highly active and motivated. Prosthetic running blades would allow me to live an even more active ambulatory lifestyle, and I would be able to participate in para sports as other amputees have. Costs  PER blade, range anywhere from  $8,000-$9,000 or much MORE   because I require custom liners and specialized fitting sockets as an above knee amputee.

Thank you  for considering donating towards my cause!

Mandy Horvath is managing the funds for this campaign. The campaign is for a personal cause.