Help Kelly get her much needed surgery!!!
Contribute
Campaign extended! Our deadline has passed but you can still help. ✕

No thanks
Help Kelly get her much needed surgery!!!
✖
Gallery (6) 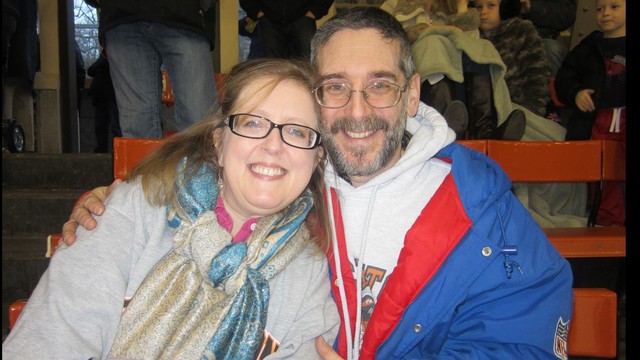 By Rachael Hammer
Are you friends?
Personal campaign Keep it all
Ewing, NJ, US

October 2013 Kelly ended up in the ER with a headache that literally knocked her flat, and flat she has been ever since.

After many many tests and dozens of doctors it was discovered that she has a leak in her cerebral spinal fluid (CSF). Normally this is fixed by a simple outpatient procedure, however, no doctor could agree on the source of the major leak or agree to attempt surgery until now. Kelly's records were sent to Dr. Woulter Schievink, a Neurosurgeon who specializes in CSF leaks. (He has actually written books on them). He has reviewed Kelly's films and records and agreed to take on her case.

Kelly will have to fly out to Cedar Sinai Medical Center in LA the weekend before Monday, February 10th in order to see Dr. Schievink and recieve all her pre-op testing. Dr. Schievink is certain that he can help Kelly through specialized surgery to close the very large leak in her spinal column. Dr.Schievink said this is one of the worst cases he has seen in his entire career.

This is where you come in! Kelly needs special travel accommodations because she is unable to remain upright for any length of time. The flight to California and back, and the cost of hotels and transportation while there will be a huge strain on Jeff and Kelly finiancially. Kelly's sister McClees will also be escorting her to California to help her before and after surgery. If you would consider donating any amount to help Kelly get to California for surgery they will be forever grateful!!

Activity highlights See all111
NEW Thank you emails can now be sent directly from the Transactions page.
Alternatively you can still leave a comment here.

Rachael Hammer hasn't posted any updates yet.
Newest | Oldest
Show more
NEW Thank you emails can now be sent directly from the Transactions page.
Alternatively you can still leave a comment here.

Rachael Hammer is managing the funds for this campaign. The campaign is for a personal cause.