No thanks
Support Craig Fleener for Lt. Governor
✖
Gallery (3) 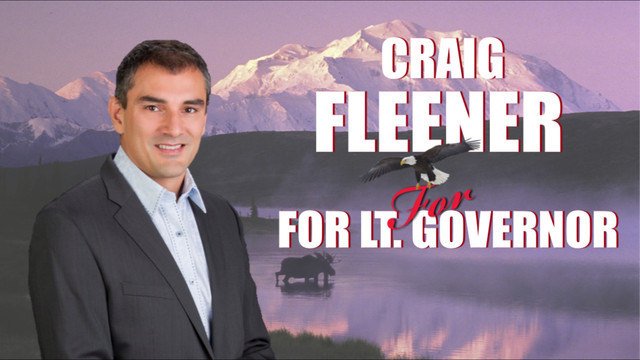 On Oct. 14, in Fairbanks at the Doyon, Ltd. Headquarters, I announced my run as an unaffiliated, Independent NonPartisan Alaskan for Lieutenant Governor of the great state of Alaska.

I believe that our ideas for the future are far more important than which party we represent which is why I am running as an unaffiliated Independent candidate. The Lt. Governors job is clearly spelled out as elections overseer, keeper of the state’s seal, state constitution and other similar tasks. And, I will faithfully discharge these duties. But, I have a few other areas of interest that Alaskans could benefit from. I am not a politician, I am Alaskan, Athabascan, Gwich’in, a warrior, Marine Corps vet, Alaska guardsman, Biologist, firefighter, furbuyer, aircraft mechanic, janitor, father, husband, Christian, moose hunter & wood cutter. I’m a problem solver, your neighbor, I’m a uniter and my ultimate goal is to bring Alaskans together.

With all these different roles I bring five areas of expertise and focus;

1) Arctic Policy; Alaska is the reason the United States is an Arctic nation. Alaska must push for a leadership role in driving the implementation of sound Arctic Policy. Alaskan leadership has either been absent from these conversations or dismissed.

2) Wildlife & Fisheries; one of the most important and often the most controversial areas of state authority where more focus must be directed is towards management of our fish an game resources for abundance, in accordance with our constitutional mandates. Thousands of jobs and tens of thousands of families’ livelihoods are dependent on high quality, active management of our resources.

3) Military and Veterans Affairs; Alaska has the most veterans per capita than any other state in the U.S. and many veterans have returned home to Alaska after more than a decade at war with limited support need for improved care. We must reverse this trend and provide the support the rehabilitation and job opportunities that these American heroes deserve.

4) Alaska Native and rural Alaska Issues; I spent many years working in tribal government and a few working in state government which has given me a unique opportunity to evaluate important and controversial issues from multiple sides. We cannot push these complex and difficult issues off to the next generation any longer. It is incumbent upon us to chart the path for success and begin the process for resolution.

5) Public Safety; Alaska’s track record on providing equitable public safety resources is abysmal. Since 1990, the states population has increased by 25% while the number of Alaska State Troopers has decreased by 25%. This startling statistic has manifested itself into the highest sexual assault, violent crime, and assault rates in the country. This is not about choosing respect or not, it must be confronted by action. Our leaders should be outraged and disgusted with the state of public safety throughout Alaska.

Alaska is spending about twice what it should and a course correction by strong leadership is needed immediately. It is easy to make grand promises but it is much more difficult to lead, which is why my running mate Bill Walker and I are in this race.

PAID FOR BY CRAIG FLEENER FOR LT. GOVERNOR CAMPAIGN

See all activity35
NEW Thank you emails can now be sent directly from the Transactions page.
Alternatively you can still leave a comment here. 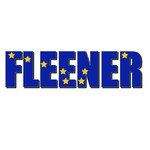 Craig Fleener for Lt. Governor Campaign is managing the funds for this campaign.