No thanks
Extinction Rebellion Godalming needs your help
✖
Gallery (17) 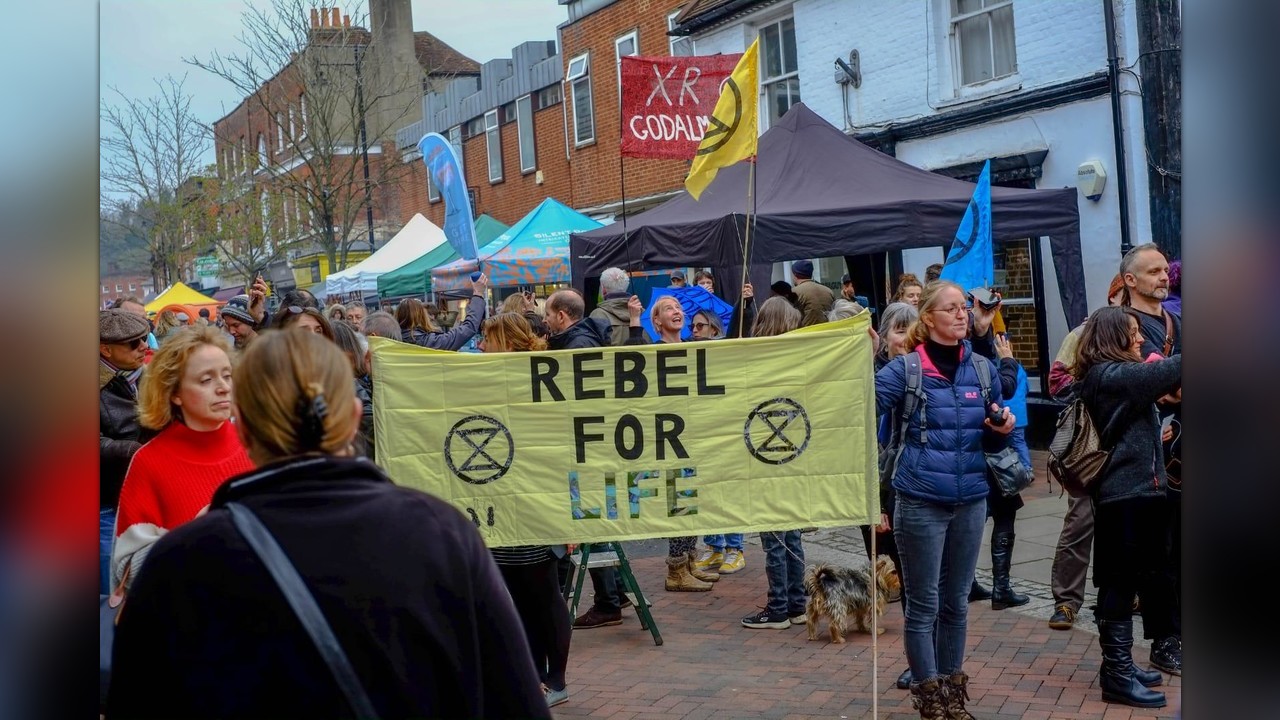 XR Godalming was formed in March this year as a part of the national Extinction Rebellion movement. XR Godalming activists were involved in the April rebellion during which major parts of London were shut down for a week through acts of peaceful civil disobedience . Eight of our activists were arrested on Waterloo Bridge and now face court sentences and charges.

We are a group of concerned citizens who have come together to take action to raise awareness of the climate and ecological crisis and our government's failure to tackle it. We are not a political group; our members come from a wide range of backgrounds.

XR Godalming continues to grow and has sparked and assisted the formation of groups in neighbouring towns. We are currently campaigning on local environment issues (e.g against oil drilling in the region) and preparing for new major actions in October ("Rebellion 2').

Until now the group has run without fund-raising, with all costs covered by the members themselves. Nobody is paid, everyone is a volunteer. Some people prepared to risk arrest and a criminal record through acts of peaceful civil disobedience cannot afford the financial costs. Money raised here will help to support the costs of engaging in non violent direct action.

Please contribute what you can afford AND help us by sharing this through your networks, by email and social media

We are in a Climate Emergency. The situation is extremely serious and worrying but we do have the resources to turn things around if we work together, with urgency and goodwill. Please, ACT NOW.
Thank you.

See all activity73
NEW Thank you emails can now be sent directly from the Transactions page.
Alternatively you can still leave a comment here.

Extinction Rebellion Godalming is managing the funds for this campaign.