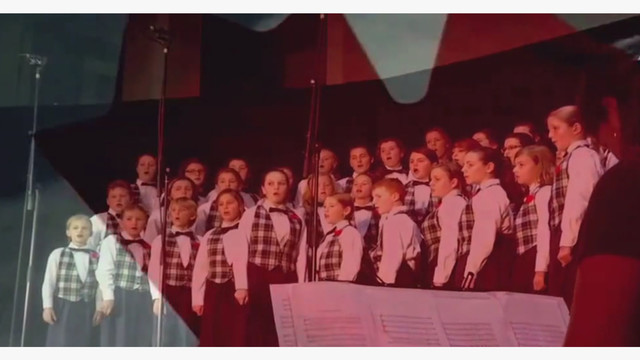 Hello, I am Andrew A. Melzer….(www.andrewamelzer.com)  a composer and record producer. We’re listening to my first record: “Canada”…a single that was released in 1967 to celebrate Canada’s Centennial. “Canada” was a very successful release and helped to launch my career. It was played on radio stations from coast to coast and sold in stores across Canada.

ABOUT THE SONG: “We Love You, Canada”

In 2017, we celebrate Canada’s 150th Birthday and I have written a song called “We Love You, Canada” specifically for a children’s choir. My friend Donald Fraser, is an incredible choir master and conductor. He invited me to try the song with the Confederation Centre Youth Chorus of Charlottetown, P.E.I….They sounded so fantastic and the kids were so enthusiastic, that I just knew that after fifty years, I had to do this again.

Click the following link to hear a 30 second English-language clip from the song.

The Confederation Centre Youth Chorus are loved by their audiences and have a very prestigious history. They have not only performed in the Atlantic Provinces but also across Canada. In the U.S., they sang in New York City, Washington, DC and at Disneyworld, FL. They have also performed in Bermuda, the United Kingdom, the Netherlands, France, and even in St. Peters Basilica in the Vatican. They are set to return to Rome soon with  concerts planned in Naples as well.

I’m convinced that we’ll create a great recording and am asking you: “Would you please contribute to make this a reality?”.

Your help will support the funding of a world class recording of the choir with some of Canada’s finest studio musicians. Your help will also provide for the mixing and mastering of the recording plus an accompanying video shoot and post production. We will need the creation of artwork, replication of the CDs, and to hire professionals for the PR and Radio Marketing campaigns.

With your generosity, we can make “We Love You, Canada” a smashing success for Canada’s 150th Birthday….one that we can all be proud of. Would you please contribute to make this a reality. I would be ever so grateful for your support. Thank you.

*Credits on digital release and on CD (donations prior to printing)
More ... Less ...

Andrew Melzer is managing the funds for this campaign. The campaign is for a personal cause.