Campaign extended! Our deadline has passed but you can still help. ✕
✕
Martin Shields would like you to see Kerrera Tea Garden Zika-GBS Appeal
Please contribute now 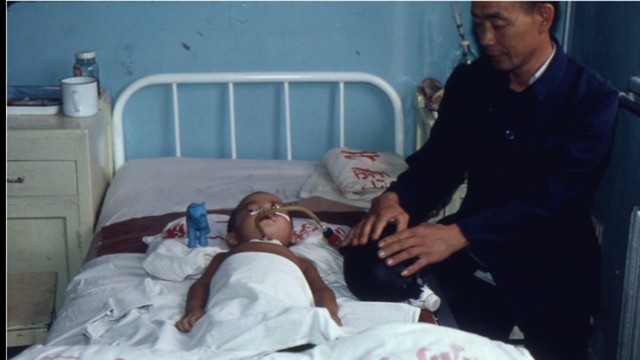 Twelve times a minute, 24/7 this father gently inflates the black bag that breathes oxygen into his son. If he were to stop for more than a few minutes, the paralysed child dies. This is brutal reality of Guillain-Barre syndrome (GBS), a disease most of us have never even heard of.

I certainly hadn't heard of it until summer 2006, where out of the blue, while living in Prague, I was left in similar dire straights as the child above except I was lucky to have access some of the best care available. Of course medical care is only one aspect of dealing with the devestating effects of GBS, my support network of friends and family were equally vital to to my lengthy journey of recovery.

GBS is triggered by infections and affects 100,000 people per annum worldwide of all ages, sexes, religions and races. Right now, the ZIKA virus that is spreading like wildfire across the world, especially Latin America is triggering thousands of extra cases of GBS that are going virtually unnoticed on the global health scale.

The harsh reality for many of the people affected by this current epidemic, like the poor child in the picture, is that they will not have access to the great medical care that we in the UK are used to and in some cases this inevitably leads to death.

Last year I was lucky enough to marry my amazing wife Aideen. Like many of my nearest and dearest friends, we met through the shared love of Brazilian music. For over 15 years we have played in various bands and taken an interest in Brazilian culture from Samba in Rio to the Marcacatu and Forro of Pernambuco in the North East. We managed to fulfil a long term dream for us both this year by visiting Brazil for our honeymoon.

I expected the trip to be full of excitement and adventure but I did not expect to see increasing headlines and warnings about Zika and its link to my rare illness! It seemed like a crazy coincidence and I shrugged it off until my Facebook thread was filled with videos of my old consultant on BBC and SKY News talking about the terrible effects of GBS. After sending him a small message to say what a great job he was doing I found out he was to land in Recife, the epicentre of the epidemic, the day we were leaving. The omens were building!

It's been ten years since I discovered GBS by accident and one hundred years since Georges Guillain and Jean-Alexandre Barré the two scientists/doctors made the important initial discovery during the Battle of the Somme. For many reasons this year seems like a good year to try to help those who need it the most. There are clinics in Brazil and Columbia that are desperate for financial help and I promise that all monies raised will go to those who can make a difference and not get soaked up by the sometime corrupt nature of the governments that so far have been unable to help their own people.

The worldwide Centenary Symposium on GBS is being held in Glasgow on Friday 24 June 2016, 100 miles south-east from our Tea Garden on Kerrera. As a finale to our fundraising drive, we promise to donate 100% of the profits from the cafe on the previous day and I will announce the total amount raised via Skype live to the meeting in Glasgow. This broadcast will be streamed around the world. In the meantime, we hope that those with a little to spare can make a small donation that will help those most in need.

Martin Shields is managing the funds for this campaign. The campaign is for a personal cause.