No thanks
Please help Aimee and her sons stay in their home!
✖
Gallery (2) 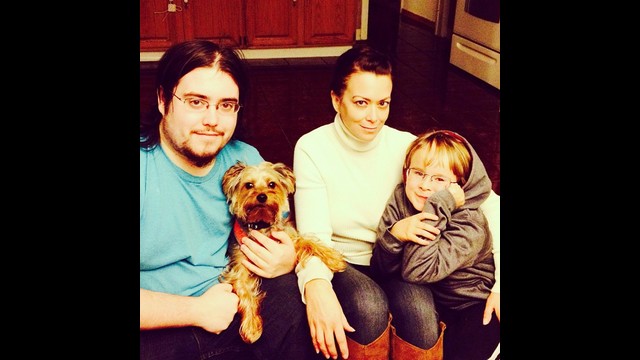 $2,995 raised 30% of $9.9k goal
49 contributors
6 Years running
Contribute
By Pat Ulin
Are you friends?
Personal campaign Keep it all
Bristol, CT, US

May 15th was like any other day. Aimêe opened up the office of her job just like any other day. Less than 30 minutes later she was overcome with pain in her head to the point of being sick. Fast forward to today.....there has not been one day where she is without pain in her head. The doctors have tried numerous medications and physical therapy but this far there's no relief.

Aimée also has 3 bulging discs in her neck, which will require surgery.

She recently had her left hip operated on to repair torn ligaments and tendons as well as to repair the bone. She will be having surgery on her right hip in the coming weeks. She will require ongoing physical therapy to assist her in gaining mobility.

Recently she was told that she has lost functionality in her hands akin to carpal tunnel syndrome. She will need to wear braces at night. This causes her to be unable to hold onto objects without dropping them and it has made it almost impossible for her to type as she used to for her job.

In January her son Ian's bowel perforated due to a mistake during surgery and was sepsis. He had periocardtitis and fought for his life for over a month. Currently Ian is still being treated for stomach pain (cause yet known) and is in therapy for the psychological damage the event caused.

Aimée's youngest son Maxwell suffers from a severe iGa immune deficiency. He also gets chronic bloody noses and has alopecia areata, which has caused him to lose 80% of his hair.

Aimée has been disabled by her doctors for chronic migraines and weakness from an autoimmune disease. She was given a handicap tag from Motor Vehicles and she has applied for Social Security Disability and recently hired a lawyer contingent on her payments dating back to her first application. In the meantime she is only living off of her child support for Max, which does not cover her rent. She has applied for housing but there is a 3 year wait. She does not have any family in a position to take her in.

Because of all this, and because Aimée is the kind of person who has helped everyone in need whenever she could, I ask (along with my family) for any donation you can make to help her reach the goal that would equal one year of rent. The time span we were told it may take for an answer with SSDI.

Please donate? Even a small donation of $5 would go towards her expenses.

Also if you would cross post it would be greatly appreciated.

See all activity52
NEW Thank you emails can now be sent directly from the Transactions page.
Alternatively you can still leave a comment here. Pat Ulin is managing the funds for this campaign. The campaign is for a personal cause.