Campaign extended! Our deadline has passed but you can still help. ✕
✕
Beryl Brennan would like you to see Please help for Mary, Mungo and Midge the full horror story is below.
Please contribute now

No thanks
Please help for Mary, Mungo and Midge the full horror story is below.
SubscribeUnsubscribe
✖
Gallery (3) 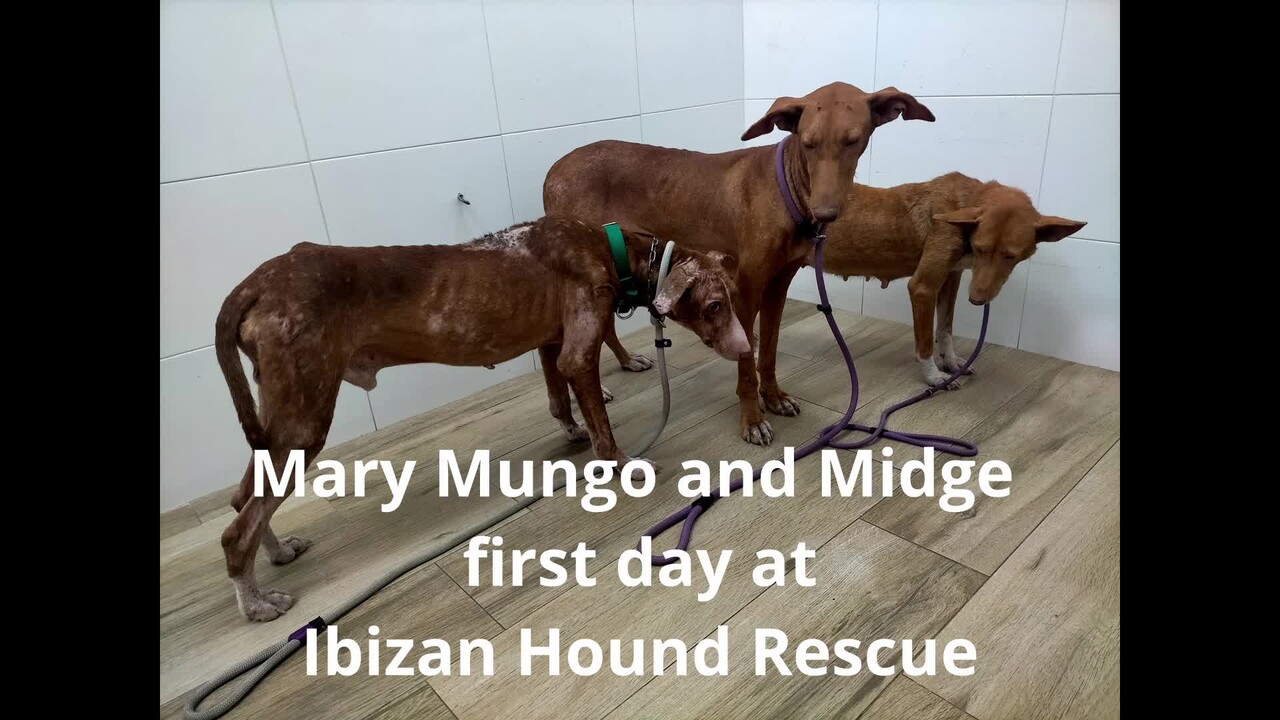 Horror in an animal shelter: Corpses in refrigerators, scabies, malnutrition...

What should be a home for the care and even the recovery of animals was actually hell for any living thing that entered it. An animal shelter located in Almanzora has been reported to the Civil Guard after allegedly discovering more than a hundred dogs practically devoured by ticks, sick and surrounded by dirt.

But that is not all. When volunteers from other protective associations entered these facilities and opened the freezer, always according to the complaint filed, they found what they feared. The presence of several carcasses of dogs deposited without further ado inside the appliance. The remains of some, even, were already in the open in an advanced state of decomposition.

The images of the facilities located in Los Carasoles, in the municipality of Zurgena (previously they were located in Vera) to which La Voz de Almería has had access are devastating. Starving dogs, in the bones; others full of tumors and huge ticks and the wounds that these have caused over time... Sometimes it is even difficult to recognize that they are dogs, hidden behind parasites or because of their extreme thinness.

Another aggravating circumstance is added to the state of the animals: this presumed protector has worked with several town halls, taking care of the collection of animals that, supposedly, were later given a better home than the one on the street. But according to the images and according to the complainant protectors, that was far from being a reality.

The alleged horror that the animals lived inside this building was discovered after the person in charge of it asked for donations for its maintenance. It was at that moment when members of other protectors told him that "they could help him" but that they would also do it "by removing some animals", the head of the Nueva Vida de Huércal-Overa protective association, Elisa Martín, told Cadena SER Levante.

"When they came to remove some animals, what they saw there was a real horror because they were in a state of neglect and total abandonment," so the first thing they did was remove "the animals whose lives were in danger," she says.

And after the incessant visits to the veterinarian to check the status of the approximately 120 animals rescued from a presumed rescue association - what a paradox - the diagnosis was clear. “All the animals that have been removed from there are sick. It's not just that they were infested with ticks, it's that these parasites transmit diseases, so they come home very sick, with scabies, malnourished, skin diseases... Terrible”, narrates Elisa.

The only positive note has been the way in which the rest of the protectors (those that can be called as such) throughout the province have turned to solve this situation by taking on the animals that each one has been able to and helping within their limitations.

Regarding the work carried out in towns in the area by this entity, Elisa has stated that the town councils "are also very surprised and very ashamed because they did not know that this was the case, no one is going to allow this if they know" although she has warned that when institutions rely on third parties for work like this, they should make sure "to see where the animals go" and "how they are cared for".

With the complaint already in the hands of Seprona and the Civil Guard, what they now expect from the protectors is "that the justice take it seriously this time because these alleged crimes of animal abuse are usually punished very lightly but hopefully take it seriously because it cries out to heaven and there has also been taxpayer money involved”.
Source: La Voz de Almeria in English using Google Translate 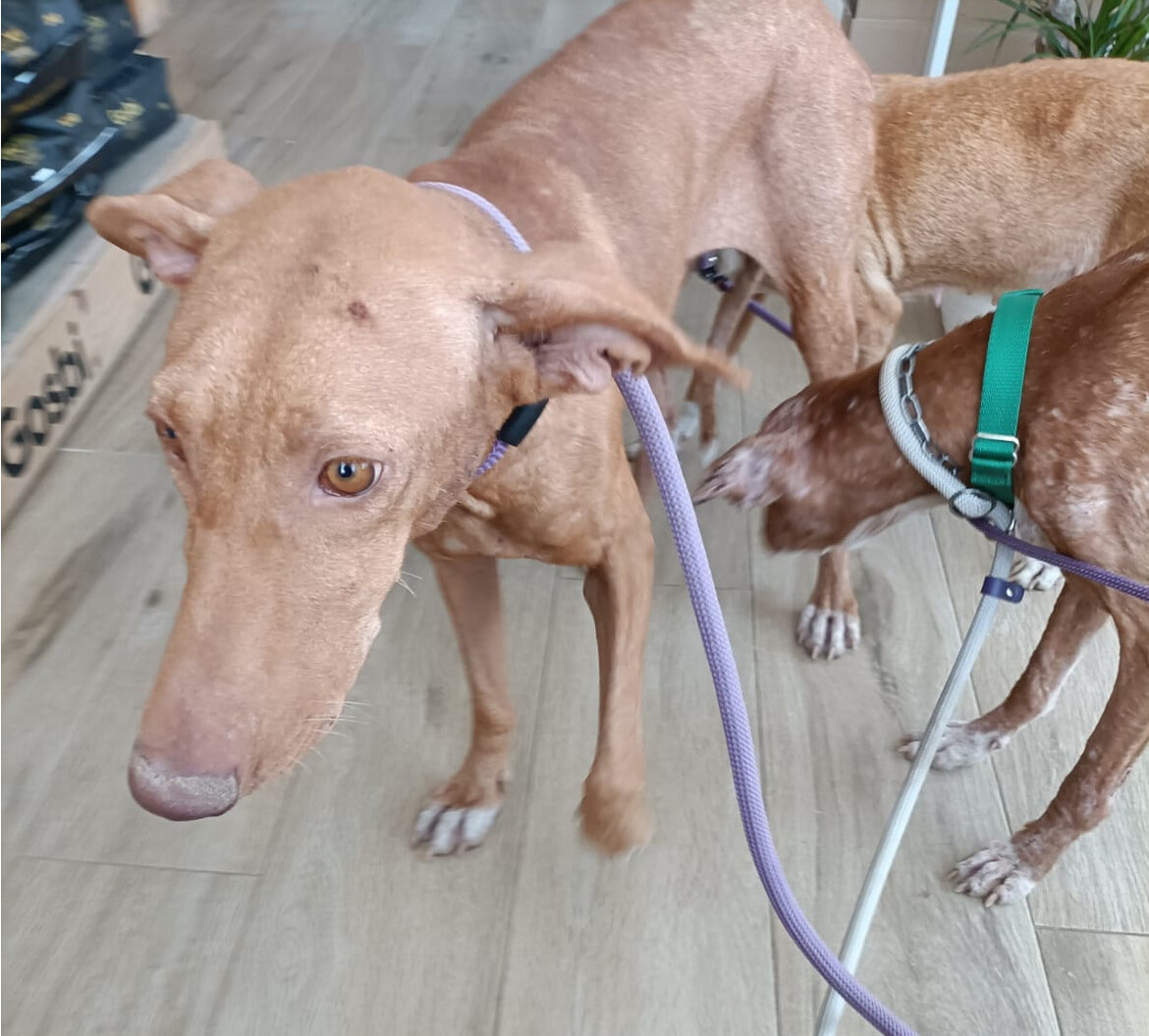 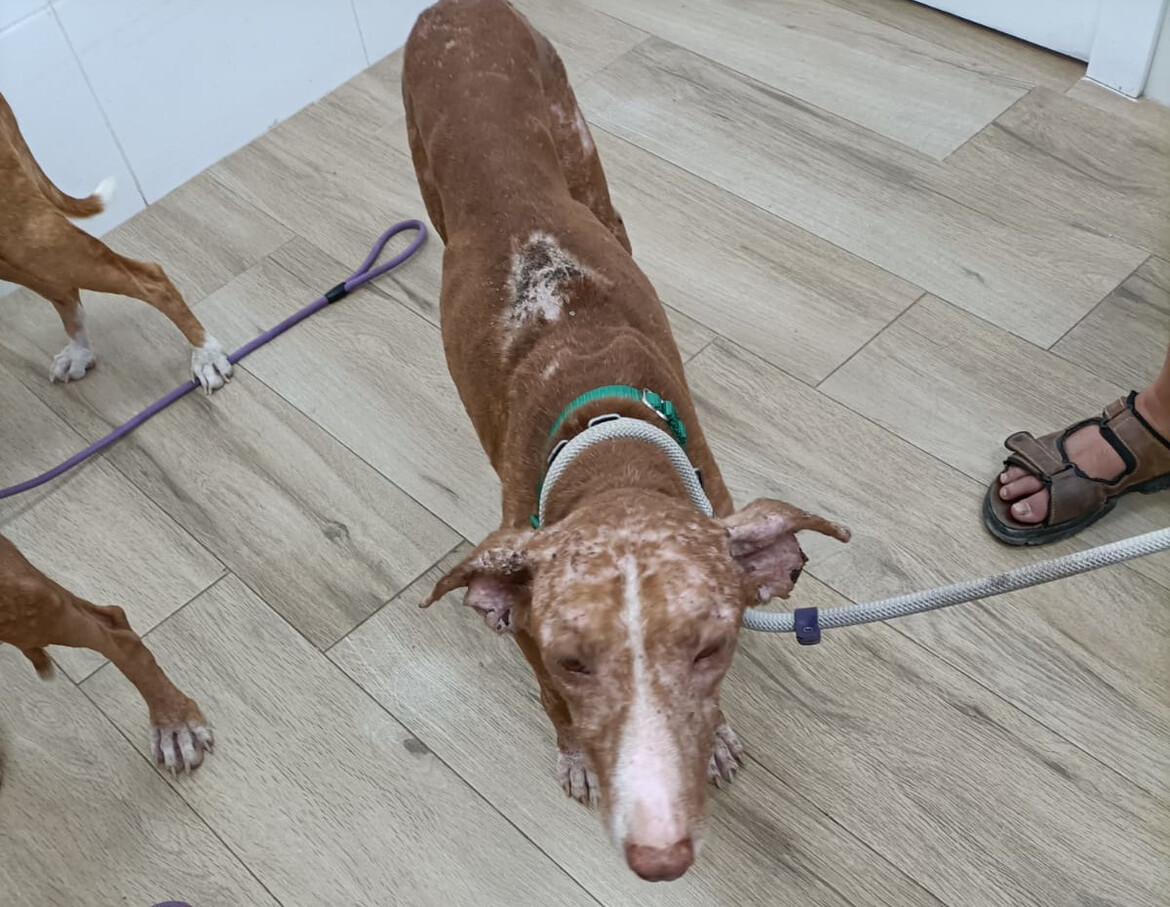 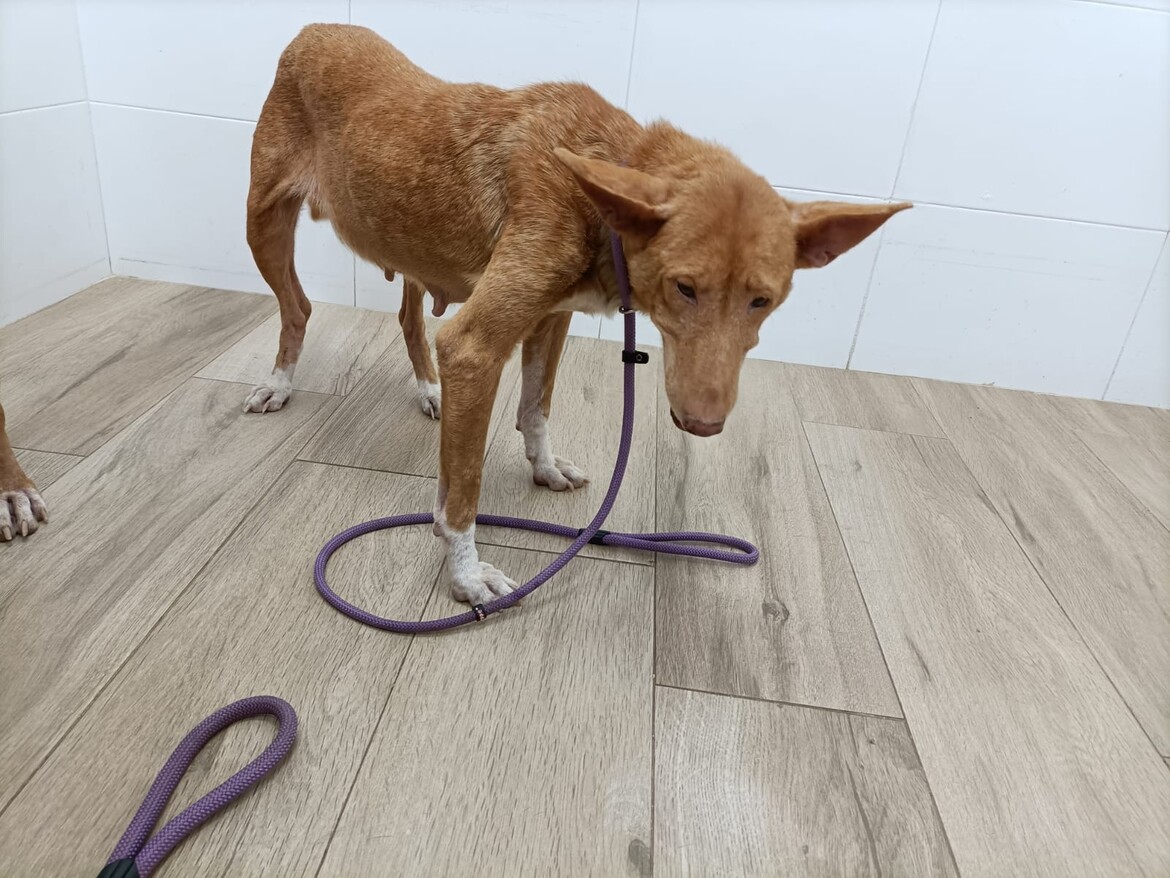 Poor Capito was taken from the same rescue as Mary, Mungo and Midge.

She was found to an old broken leg, a new broken leg, hip and pelvis. She is currently in the vets undergoing treatment. 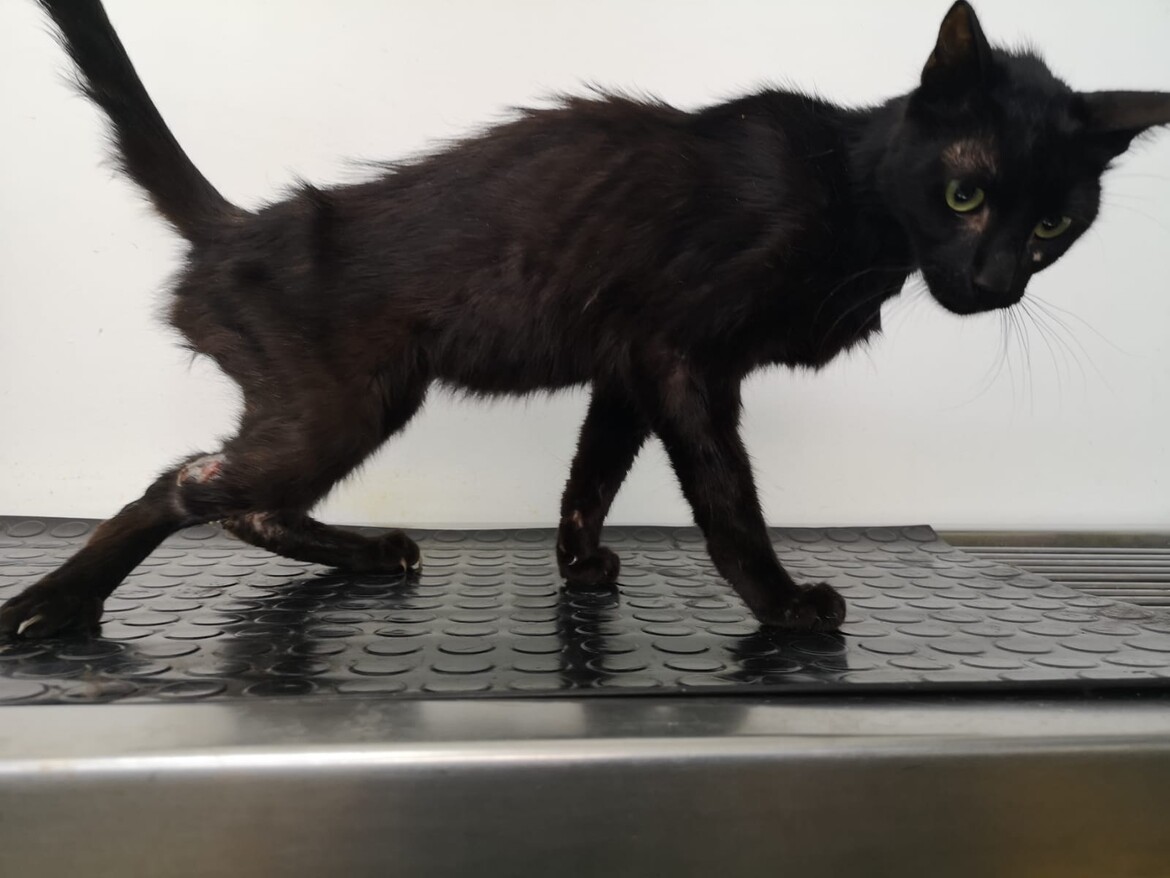 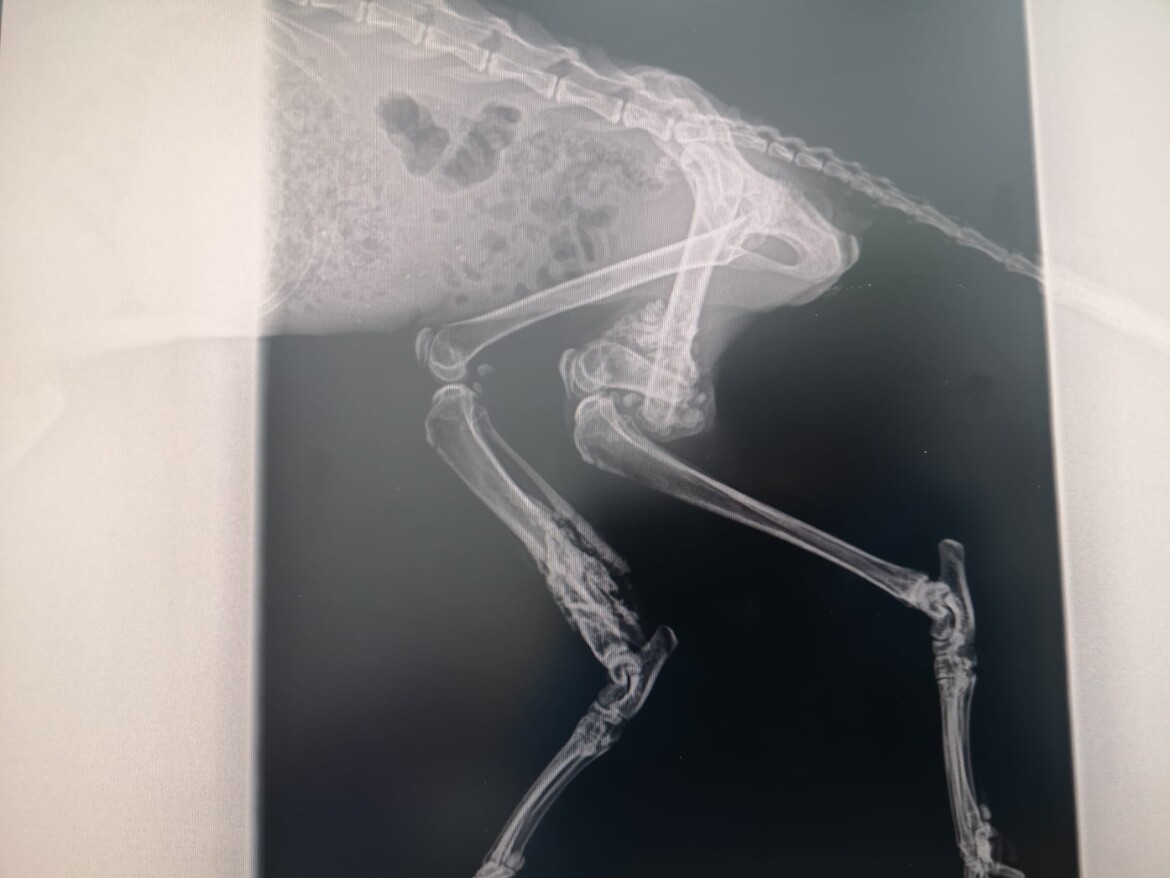 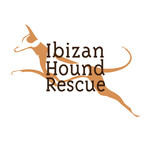 Ibizan Hound Rescue is managing the funds for this campaign.