No thanks
Legal Defense Fund for Pittsburgh Activist
SubscribeUnsubscribe
✖
Gallery (3) 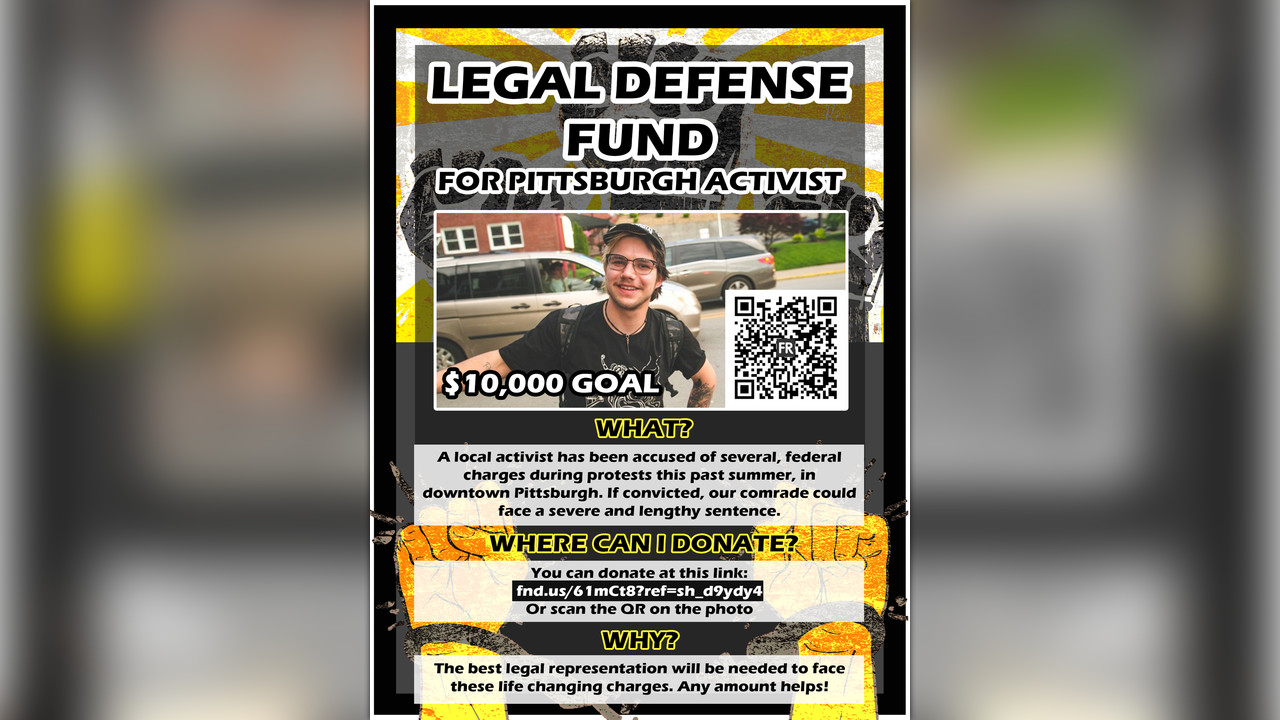 This past summer, as civil unrest to police brutality, erupted globally, Pittsburgh saw its own clashes with the local law enforcement and national guard.
Throughout these protests, many were arrested and many have been charged.
In this case, a local activist and comrade have been accused of several Federal Felonies. If convicted, the accused could face a severe and lengthy sentence.
They will need the best defense possible; however, our friend is in an extremely financially insecure position right now, as the result of these charges and their eventual arrest.

We have identified legal representation for the accused, and we are now attempting to fundraise to meet the needed costs.
We are shooting for $10,000 dollars.
If any amount more than that is donated, the remainder will be given to the local non-profit, SisTers Pgh.

The accused has secured a loan for $10,000 to pay for representation from attorney Ryan James. They are hopeful that with his top notch representation this case will be resolved quickly and painlessly.

We have extended the fundraiser until we meet our goal as the accused is under tremendous financial stress.

Please continue to spread the word and thank you for your support during this stressful time.

Max Emiliano Gonzales is managing the funds for this campaign. The campaign is for a personal cause.