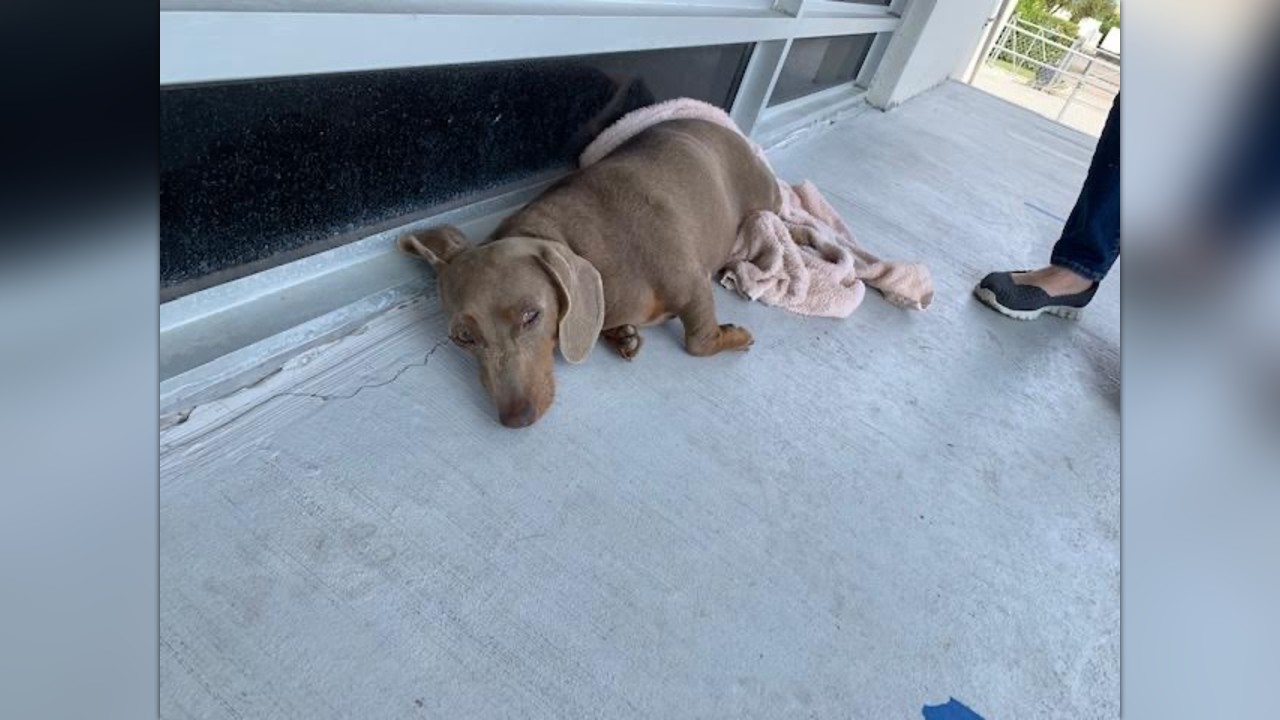 Late this afternoon a desperate rescue plea went out for a little girl who had been left outside the shelter after her family called for help.  They said that she hadn't eaten anything in 12 days and she needed help.  Shortly thereafter, she was found outside the shelter laying on the sidewalk, dropped off with a towel.

The shelter staff got her inside to their clinic, where an exam revealed that this little girl could possibly be suffering from pyometra, an often fatal infection of the uterus.  If she had not eaten for 12 days, it was likely that she had been sick for quite a while.

A rescue blast was quickly sent out as she shelter closed at 5PM and if someone was going to help save her, they needed to get there quickly.  DRSF received the blast, placed our hold, and the Pambulance was headed south to get her and then back up to LeadER, where the team on call there literally ran out to get the girl we have named Sage to treatment as literally every moment was going to count if she was going to make it after this long. This evening they are working to stabilize Sage with surgery planned for tomorrow to remove her infected uterus.

We can't imagine how much suffering Sage has gone through and we are hopeful she can be stabilized and have the chance she deserves for her happily ever after.  We will continue to be there to be the safety net for those who have nobody but us as long as our community makes it possible for us to do so.  Can Sage count on you for even a couple dollars to help us cover her care so that we can help her and then be ready for the next little one we know is right around the corner?

Activity highlights See all128
NEW Thank you emails can now be sent directly from the Transactions page.
Alternatively you can still leave a comment here.