Thank you everybody. Our campaign is now over. ✕
Project Help Kai for his legal support!
✖
Gallery (2) 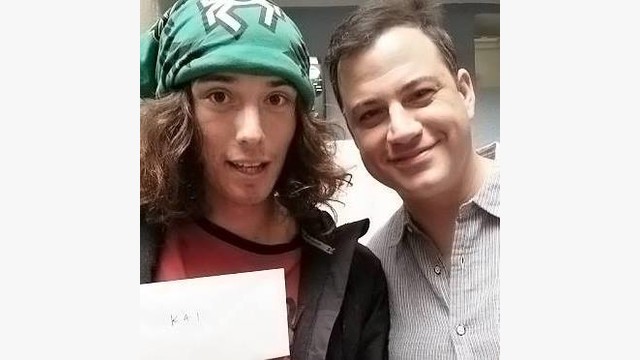 By Kai McGillvary
Personal campaign Keep it all
Elizabeth, NJ, US

"Kai the Hitchhiker made waves years ago when he saved a couple of folks lives by clocking a would-be murderer with his hatchet. From there he ended up becoming a media darling, even appearing on the Jimmy Kimmel show. Kai is currently in jail awaiting trial. Four and a half years since he despatched the man who raped and drugged him he has yet to receive the "speedy trial" guaranteed him under the constitution. There's more though, the prosecutor (incidentally friends with the lawyer who drugged and raped him) has been caught in lies, evidence has been destroyed and for two years Kai's motion to dismiss has been hung up in bureaucratic red tape.

Kai the Hitchhiker needs your help. It's been 4 and a half years without a trial since he was first accused of murdering the man who drugged and raped him. Denied the right to see a lawyer initially, a motion to dismiss hung up in court for two years now and evidence destroyed are just a few of the major discrepancies in this case."

Here is his latest interview:

LETS GET KAI OUT OF THERE AND THE JUSTICE HE DESERVES !!!

Kai McGillvary hasn't posted any updates yet.
Newest | Oldest
Show more
NEW Thank you emails can now be sent directly from the Transactions page.
Alternatively you can still leave a comment here.

Kai McGillvary is managing the funds for this campaign. The campaign is for a personal cause.