keep a mans rights from bieng violated
Contribute
Campaign extended! Our deadline has passed but you can still help. ✕

No thanks
keep a mans rights from bieng violated
✖
Gallery (1) 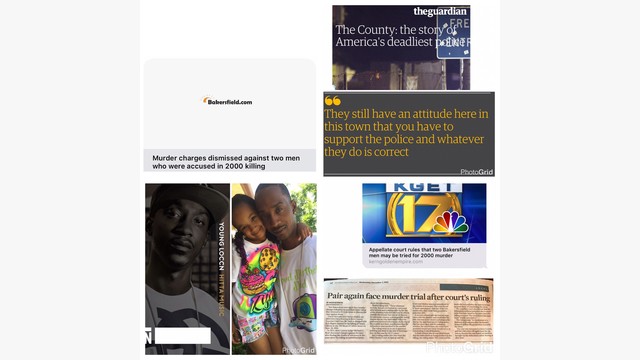 What do you do when the Justice System isn't following their own law and your life is on the line!!!? My Story is unique and complex, I was woken up and taken in to custody by the local police department back in November 2012 when i opened up the door for them and put my hands up and was badly beaten by them for absolutley no reason (which of course was justified by their own department) What are the odds of a superior court judge throwing out my First Degree murder case in Kern County before trial? slim to none but yet it happened and i was let go all charges dismissed for multiple reasons, the judge followed the law and applied it in my case and the judge himself set me free, because there was and still is no case, just same group of cops harrasing me for years. I was released immediatley after having to sit in jail for 2 years and spend thousands of $$ on attorney fees. I have since been minding my business, taking care of my child, and working on my music. Since my realease the DA's office has appealed the judge's order and now 2 years later the Appeals Court has reveresed the judge's decision and I'm back at square one. Now the judge didn't apply the law correctly? and made an irrational decision? What about the thousands of men that have acutally been wrongfully convicted and sent away for life that appeal their decisions those are always upheld and affirmed, how oftern are those reveresed, how often in those cases are the judges questioned or looked at to see if the law was applied properly! NEVER! The system is designed to take young black men off the streets regardless of what the law is. At this point we proved our case fair and square after 2 years lost and over $20,000 in legal fees, only to have the appeals court say do it again! This case has been dragged on going on 5 years now and we have no choice but to FIGHT IT AGAIN, I will be taken away from my life and my family any minute now and will be charged with these murder charges once again and it isnt cheap nor is it easy. I have to fight for all the men that feel that all hope is lost and that they will never win in today's society, it's possible I beat this once and I will beat this again. I'm the "gang member" but these local cops are above the law going around putting false charges on people, physically beating people, and killilng people, that's a gang, a very deadly one! I need your help even the smallest amount helps! Attorneys don't wait on their money and I need YOUR HELP NOW. Thank You for all Your Support through this difficult time, there's a fight ahead of us and I'm not giving up, God doesn't throw anything at you that you can't handle!

Steven Molina hasn't posted any updates yet.
Newest | Oldest
Show more
NEW Thank you emails can now be sent directly from the Transactions page.
Alternatively you can still leave a comment here.

Steven Molina is managing the funds for this campaign. The campaign is for a personal cause.