Saying Goodbye to Puppy
Contribute
Campaign extended! Our deadline has passed but you can still help. ✕

No thanks
Saying Goodbye to Puppy
✖
Gallery (1) 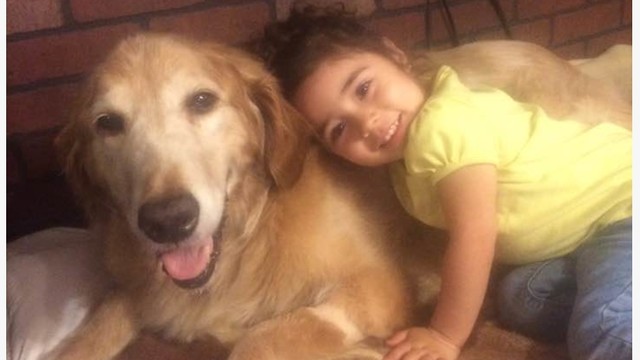 My name is Helena, and I'm creating this page on behalf of my aunt and uncle, Teresa and Allen Yoakum. My Aunt Tipsy and Uncle Al are two exceptional people with a history of service to their community and abroad. Teresa is a dedicated animal rescuer, with dozens of cats and dogs owing their lives to her, and together the couple has created a wonderful legacy of giving.

For almost 25 years, Teresa and Al single-handedly fulfilled the Christmas wishlist of an entire orphanage in Mexico--every year. This included finding out what each child hoped and wished for, locating a donor or purchasing the gifts themselves, pulling everything together (some years, their garage was packed to the rafters!) and then personally delivering all the gifts, along with a holiday meal. It wasn't always easy... One year, their van was robbed en route. And after they lost their home, they had to downsize the operation. But throughout all their tribulations, they continued to fulfill their annual mission. If you are reading this, chances are that you may have been involved in their Christmas Campaign at one time or another, and know how hard they work.

You may also know that on March 8th, 2017, they had to say goodbye to cherished family member, Puppy--their faithful 11-year old golden retriever--after an immune condition suddenly ravaged his system. Although they tried everything they could, including blood transfusions, his system did not respond.

And he really was a great, big angel, bringing calm and joy to anyone who stopped to greet him, and doing whatever he could to show his humans that he loved them. He would even lend a hand with the groceries, gingerly delivering bags between the car and the kitchen when asked, "Take it to Papa," or "Take it to Mama."

Besides his lovely temperament, my favorite thing about Puppy was how decidedly NON-Puppy sized he became, almost right away. I kept asking, "Aren't you going to change his name now?" But once this family commits, they commit.

Not surprisingly, the Yoakums spared no expense in trying to save Puppy's life. And the last thing I want for them after such a heartbreaking loss is to suffer in debt. They deserve the help, truly. If everyone whose lives they've been able to touch over the years gave just a few dolllars, we could make sure that Puppy's bills are paid and that he is properly memorialized. If you have a furry friend of your own that you've lost under similar circumstances, our hearts go out to you. And if you have one in good health--especially if they've ever had a close call--give them a great, big, Puppy-sized hug!

In either case, please consider giving, or sharing. And thank you for taking the time to read.

Saying good bye to Puppy hasn't posted any updates yet.
Newest | Oldest
Show more
NEW Thank you emails can now be sent directly from the Transactions page.
Alternatively you can still leave a comment here.

Teresa Yoakum is managing the funds for this campaign. The campaign is for a personal cause.