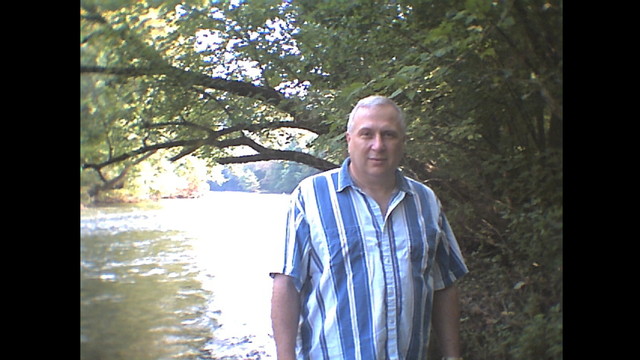 The Pennsylvania courts have become a joke, even before the criminal convictions and forced resignations of judges for unethical conduct going all the way to the Pennsylvania Supreme Court, which is still mired in a scandal involving a network of police, prosecutors, and judges passing around pornographic and racist emails on their government computers. This is just a glimpse at the corruption that has lost the PA judicial system any semblance of credibility. Rather than preventing injustice, they are condoning and collaborating with a scam to impose and collect fraudulent alimony and support arrears from me by attaching my Social Security disability benefits.

While this story may seem lengthy, it is only a short description of the latest court shenanigans in a long line of sordid actions in a Family Division, Allegheny County, PA, case that has been burdened by judicial incompetence, dysfunction, and vengeful retaliation for over two decades.

After 8 years of litigation, Social Security finally granted my Permanent Disability and paid a lump sum of $55,254 directly to a philandering ex-wife for derivative benefits on behalf of a then minor daughter. By Pennsylvania case law, child support credit of $39,837 was due me for this direct payment. PA courts have refused to honor this PA case law and denied such credit.

Despite litigation with multiple appeals and remands because Allegheny County Family Division repeatedly denied due process to me and refused to follow the case law or PA procedural rules, this credit has been denied to me by a petulant female Judge Kim Eaton, who has lately retaliated by adding counsel fees to punish me for being successful in overturning her on multiple prior appeals. No court has given an explanation why this credit, which is mandated by Pennsylvania law was denied to me. In fact, they refuse to address the issue.

The horrendously sloppy and unprofessional PACSES, the PA statewide collection and disbursement agency, has repeatedly altered their accounting records in this case, including deleting payments by me shown on print-outs of prior versions of their computer records and added an unexplained lump sum of arrears from a time period that the courts claim is not at issue any longer. Ignored by Judge Eaton are multiple actual payments made during said time period, as found by Hearing Officers in earlier hearings that are of record by official court documents. On appeal, PA appellate courts have now closed ranks to cover up the glaring misconduct of PACSES and the lower courts and to quash any inquiry into their glaring malfeasance.

When Allegheny County transferred the case to Mercer County, I was unlawfully denied opportunity to even speak or present evidence in Mercer County by Judge Thomas Dobson, who then wrote an Opinion falsely claiming he had not denied me due process, but including a bizarre footnote in which he contradictorily admitted not permitting me to speak or present evidence because he did not want to hear what I had to say. When I tried to file an appeal of this blatant denial of due process, Clay Smith, a deputy court administrator in Mercer County Domestic Relations refused to permit me to file the appeal and threatened me that he would have the Sheriff arrest me if I did not immediately leave the Domestic Relations public office. Only after obtaining an injunctive Court Order from PA Superior Court was I able to file my appeal.

When I reported the illegal intimidation by the Domestic Relations administrator to AOPC (Administrative Office of Pennsylvania Courts), I was directed AOPC administrator Joseph Mittleman to file my complaint about said misconduct by the Domestic Relations administrator with AOPC in Philadelphia, and did so in writing. As time went by and hearing nothing, I inquired about the status of that complaint numerous times and got the runaround, until AOPC eventually refused to communicate with me. To my knowledge, no decision has ever been made on this staff misconduct complaint nor any disciplinary action taken against this court administrator for his criminal threat to commit official oppression against me by a false arrest.

A written request for action to prosecute this official oppression was also made to PA Attorney General Kathleen Kane, but her office simply referred me to the President Judge of Mercer County, who happens to be Judge Dobson who denied me due process and had obstructed my appeal thereof.  AG Kane, who was then deep in an investigation of prior AG Tom Corbett's inept investigation of pervert Jerry Sandusky, former Penn State football coach, who was belatedly indicted and convicted after he had raped more boys. AG Tom Corbett went o to be a one-term Governor of PA, but AG Kane is now under indictment for allegedly releasing documents from grand jury proceedings and perjury for falsely testifying at another grand jury investigating her release of said documents. Her troubles depened when the PA Disciplinary Board for lawyers successfully petitioned thePA Supreme Court to suspend her law license before trial. At least one Supreme Court Justice (Michael Eakin) who voted to suspend her law license is under investigation for participation in the porn email network that AG Kane discovered and that led to the forced resignation of another PA Supreme Court justice last year.

When I filed an ethics complaint about Judge Dobson's denial of due process and his duplicitous Opinion with the bizarre footnote, the Commonwealth of Pennsylvania Judicial Conduct Board took seven months to claim no probable cause of any judicial misconduct. Chief Counsel Robert Graci at the Judicial Conduct Board that cleared Judge Dobson despite solid evidence of blatant unethical conduct also cleared Justice Eakin last year when Justice McCaffery was forced to resign. Graci and Eakin are both Republicans and once ran for office together.

Without waiting for appellate court rulings on my appeal of Judge Dobson's denial of due process, Allegheny County Family Division jumped back into the fray. The proceedings got even more bizarre back in Pittsburgh. A 1995 contempt petition, that had twice been rejected by Hearing Officers as the arrears had been paid in full by property transfer in 1999, was illegally "resurrected", even though jurisdiction was lacking in Allegheny County as it had transferred the case to Mercer County from where it was still on appeal. Again, I was prevented from presenting evidence about the false arrears, which had been paid by transfer of all my property and alimony terminated in 1999 by a prior judge; then paid again by Social Security derivative benefits in 2005. Now counsel fees were added as penalty for daring to argue these established facts of prior payment. My Social Security benefits for Permanent Disability were attached to pay these fraudulent arrears yet again. PA Superior Court (led by Judge Christine Donohue, who is now a Democratic candidate for PA Supreme Court) condoned and collaborated with all the misconduct by the lower courts. PA Supreme Court (which then included a justice since convicted and incarcerated, a justice forced to resign for porn emails, another justice now under investigation for porn emails, and the Chief Justice who oversaw this rabble but has since retired due to mandatory age limits) denied allowance to appeal and cowardly never addressed any issue.

My Social Security benefits from Permanent Disability are my only source of income. Yet, I am required to pay these fraudulent arrears a third time. Your financial help is requested.

If a small donation from many people is aggregated, this gross injustice can be minimized. So please spread the word to everyone you know. Together anyone who cares about correcting injustice can make a small donation to ease the burden of this blatant court injustice. Otherwise, Allegheny County Family Division continues to attach my Permanent Disability benefits, freeze my U.S. passport, and even have already threatened jail.

The gulag has come to Pittsburgh, and to Pennsylvania courts.

Donations can be made anonymously if you choose and easily through PayPal or credit card with a few clicks. Please do your part to fight this putrid court scam and despicable injustice.

Frank Little is managing the funds for this campaign. The campaign is for a personal cause.