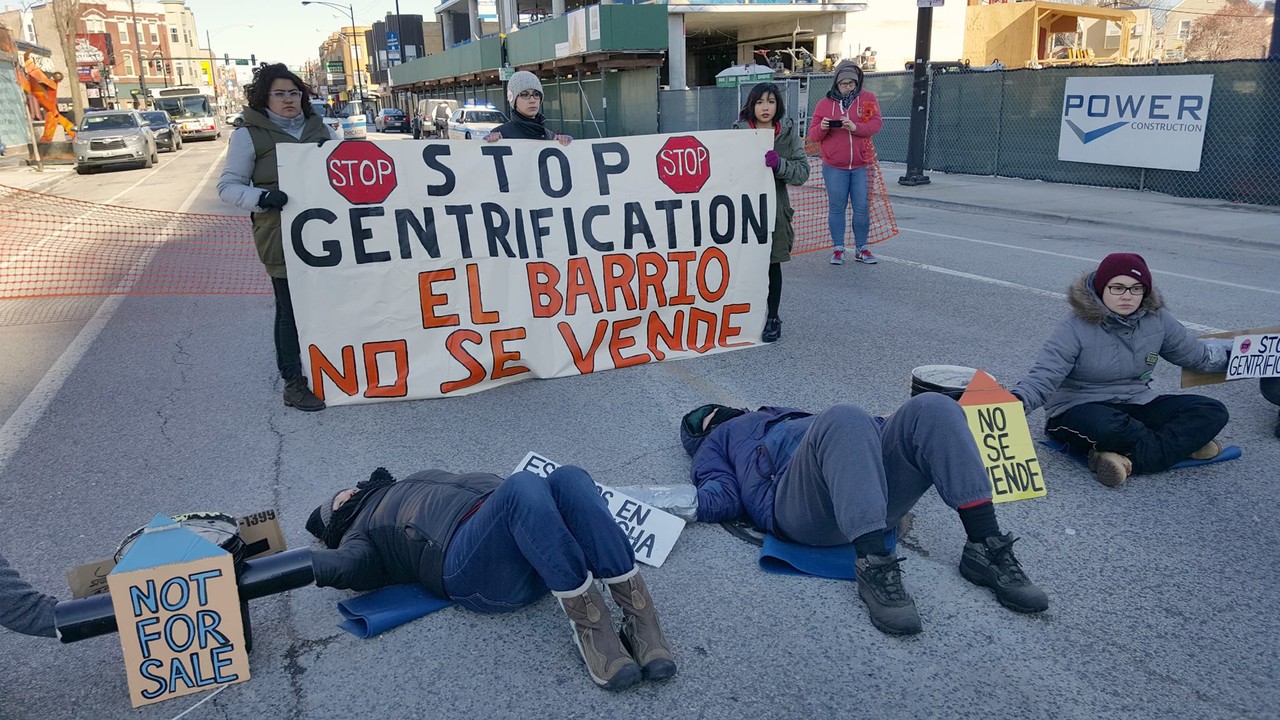 $8,075 raised 101% of $8k goal
219 contributors
36 Weeks running
Contribute
By Kelly Hayes
Are you friends?
Personal campaign Keep it all
Chicago, US

I know I point folks toward a lot of opportunities to put money their money where it can do the most good, but I have a special ask for my birthday this week. My collective, Lifted Voices, has been so busy supporting other urgent causes that we haven't fundraised for our own work since 2015. We have accomplished a lot in five years and have covered a lot of costs out of pocket so as not to compete with the fundraisers of our friends and allies, some of which we've worked hard on. In the five years since our founding, we have lost track of how many people we've trained up in direct action. From Chicago to Standing Rock and beyond, we have done our best to deconsolidate the knowledge that our mentors have gifted us with. We do know that we trained over 400 people in the first year of Trump's administration alone, usually in groups of 12-15 at a time, so we could dig deep into the subject matter. We've also held specialized trainings in Chicago and around the country to help people develop their visions of protest.

We've been involved in defense committees, including the effort to free Bresha Meadows, who is now part of our team. We have co-organized numerous rallies and marches, including the grassroots reproductive justice rally that was held in Chicago last spring -- often bottom-lining such events to make sure they happen. We have organized and co-organized fundraisers that have emptied cages -- including last summer's #FreedomDay effort, which freed 22 people from immigrant detention. We've built blockades and some of us have gone to jail for justice more than once in our efforts to combat state violence. We've also learned a lot of important lessons from those efforts that we have tried to pass along to others.

Those of you who are familiar with my work may not have realized that I have a small but dedicated team who have been essential to most of the projects I've pursued in the last five years. After The Intercept revealed that the security firm Tigerswan (which works closely with law enforcement and local prosecutors) had followed me home from Standing Rock and was trying to infiltrate our trainings, we opted to keep a lower profile, but our work has continued.

I see us as gardeners. We sow seeds so that work may grow. Every major event we organize is geared toward plugging people into ongoing grassroots work. This year, we also co-organized Solidarity to Celebrate 2020, an annual event that honors grassroots organizers in Chicago who are making a difference in our communities. Mariame taught us that sometimes you have to lift the choir and we believe in doing so.

This year, we are launching an abolitionist book club in Chicago. We are also planning stage protests and hold more direct trainings -- and some of us will be helping to build a Chicago contingent for the Poor People's March at the DNC. We will be continuing our noise and light demos outside the Cook County Juvenile Detention Center and doing everything we can to help everyday people envision themselves within the work so that they might join us and our fellow freedom fighters on the frontlines. We will also be sending our youngest member to New York to attend the Youth Abolitionist Training Institute this summer, where she will acquire skills that it takes years for most people to amass. We also hope to acquire our own sound system for major rallies and events.

And we will help empty every cage we can along the way.

If you cannot help out financially, we still appreciate your ongoing support and hope to build with you in the years to come. But if you can spare even the cost of a cup of coffee, your gift will have an impact. So if you would like to and can do so, please help us make a difference in 2020.

Thank you for believing in us and for all that you do.

See all activity219
NEW Thank you emails can now be sent directly from the Transactions page.
Alternatively you can still leave a comment here. Kelly Hayes is managing the funds for this campaign. The campaign is for a personal cause.