Thank you everybody. Our campaign is now over. ✕
Help The Fadeaways!
✖
Gallery (1) 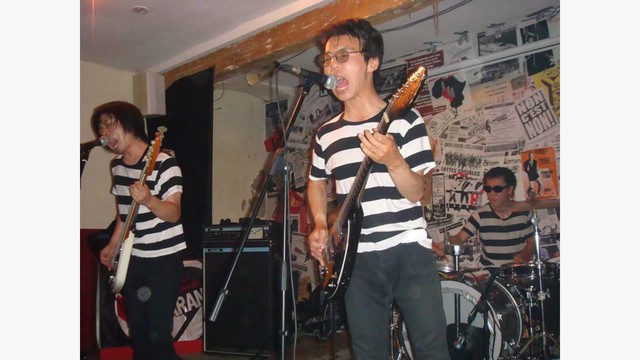 Japanese garage punk group The Fadeaways set off on tour for Italy, France and Spain from September 22nd 2018 to September 29th 2018. They were fortunate to meet many amazing people, and have a fantastic experience.

On the last day of the tour, the band set off from Barcelona El Prat airport.
Following all the excitement, and on a comedown of exhaustion and physical pain from their shows (if you saw them live you'd understand), they unfortunately made a terrible mistake in leaving their money inside a suitcase (with TSA lock) that was checked in. Upon arriving safely in Japan and reclaiming their luggage, the band opened the case in which they had forgotten the money. They were absolutely gutted to find they had been robbed (more than likely by luggage handlers with TSA keys). They had lost ALL the door money they had made from the shows, and ALL the money they had made from merchandise sales. Unfortunately the band weren’t insured to cover the loss of money and valuables (which they accept as being their own fault as well as the mistake of leaving the money in the suitcase in the first place).

"The band feel terrible to the fans and hard working promoters from whom they received money. We are devasted at making such a terrible mistake.”
Yusuke Toyoshima

I'm so sorry to hear that this happened to The Fadeaways. The band are really down in the dumps.
If you have seen the Fadeaways live, you will know how much they put into every one of their shows. If you know or have met The Fadeaways, you will know that they are great guys, totally down to earth. The last band that deserves this kind of shit.
If you play in a band, you’ll know that touring is a labor of love (especially touring from Japan). You’re down $3000 just booking your plane tickets. You’re taking time off and missing wages from your day job. Most bands don’t expect to make the money back that they lose.

I’ve set up this Fundrazr page for Toyozo and The Fadeaways.
When I think about how many bands from overseas The Fadeaways have helped tour Japan, for this to happen to them of all people is just horrible. If you play in a band that have played with Fadeaways in Japan, this is your chance to do something back for them (even if it’s just sharing a link to this page). If every person this band ever helped donated $5 (think of it as buying them a beer or something), the band would more than break even to the point of recovering missed wages.

THIS BAND HAVE UNCONDITIONALLY GIVEN SO MUCH TO SO MANY OTHER BANDS FROM ALL AROUND THE WORLD. LET'S GIVE THEM SOMETHING BACK IN THEIR TIME OF NEED♥

Christopher Jack is managing the funds for this campaign. The campaign is for a personal cause.