Thank you everybody. Our campaign is now over. ✕
Publish the biography of SHAC 7's Josh Harper!
SubscribeUnsubscribe
✖
Gallery (5) 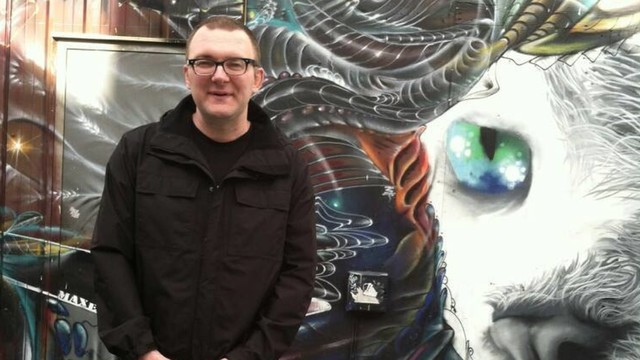 One of the things the animal-rights movement often has a hard time with is remembering its own history. Jon Hochschartner wants to help change that by writing a biography of American activist Josh Harper, who was deeply involved in the Stop Huntingdon Animal Cruelty campaign. He and others were arrested for their activism, in what became known as the "SHAC 7" case, and were ultimately sentenced to prison.

Jon is the author of a completed biography of Ronnie Lee —founder of the Animal Liberation Front — which is slated to be published by McFarland & Company in 2017. As a journalist, he's written professionally for the San Francisco Chronicle, Slate, Salon, the Plattsburgh Press Republican, the Adirondack Explorer, the Adirondack Daily Enterprise, the Lake Placid News, the Elizabethtown Valley News, the Times of Ti, the Adirondack Journal, the North Creek News Enterprise, the 'Burgh, and the North Countryman, among other publications.

Jon plans on conducting hours and hours of interviews with Josh to tell his story and that of Stop Huntingdon Animal Cruelty. It's going to make for a great biography. Please support the project. Don't forget to check out the exciting rewards offered to backers, including signed copies of the book, lunch with Josh, and so much more!

Acknowledgement in the book!
$10 USD

Acknowledgement, unless you prefer to remain anonymous, in the book that you supported this project. Also, awareness that you helped tell Josh Harper's story.

MP3 with one hour of interviews!
$25 USD

The above, plus an MP3 featuring an hour of the interviews of Josh Harper which went into the writing of the book. Also, the knowledge you helped insure the biography's completeness and accuracy.

All of the above, plus a signed postcard from Josh Harper thanking you for your support. Also, the satisfaction that you helped chronicle an important part of animal-rights history.

All of the above, plus a digital copy of the book. Also, the sincere gratitude of Josh Harper and biographer Jon Hochschartner.

All of the above, plus a physical copy of the book, signed by Josh Harper and biographer Jon Hochschartner.

All of the above, plus an MP3 featuring 10 hours of interviews of Josh Harper which went into the writing of the book.

All of the above, plus lunch with Josh Harper in Seattle, Washington. Transportation is, unfortunately, not provided.

Jon Hochschartner is managing the funds for this campaign. The campaign is for a personal cause.