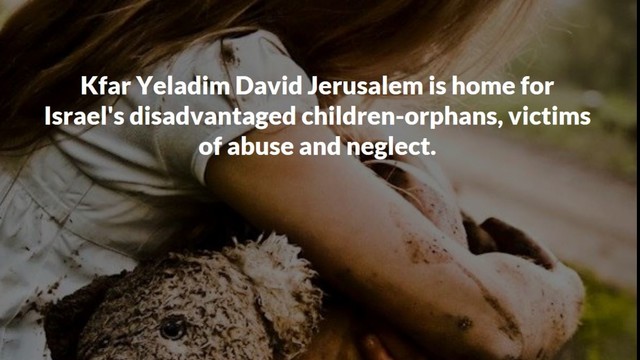 Kfar Yeladim David, Jerusalem is a home for Israel's disadvantaged children-orphans, victims of abuse and neglect. With its unique blend of a loving family environment coupled with the latest in professional therapeutic treatments, these kids at risk are given a warm home with a bright future.

Kfar Yeladim David was founded in 1994 in Jerusalem by Rabbi Yechiel Fishel Weingarten and his son Yehoshua. Caring for orphans and children in distress is a family tradition that goes back three generations in the Weingarten family. In 1901, Yehoshua's great-grandfather, Rabbi David Weingarten, took in many homeless orphans into his tiny 2 room Jerusalem apartment, which became the first orphanage home in Jerusalem for girls. 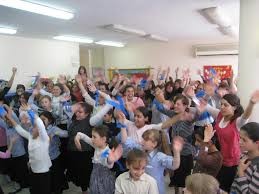 Kfar Yeladim David is the ultimate haven and rehabilitative facility to meet the unique needs of the disadvantaged children of our generation. Starting in 1994 with just one rented apartment, and progressively renting additional facilities. Then, in 2001, Kfar Yeladim David's bright, new, spacious and warm headquarters in Ramat Shlomo opened its doors. 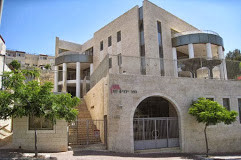 Kfar Yeladim David is named after David Weingarten, the patriarch of the Weingarten family and after King David, whose name is forever associated with the city of Jerusalem. Terry Kukle hasn't posted any updates yet.
Newest | Oldest
Show more
NEW Thank you emails can now be sent directly from the Transactions page.
Alternatively you can still leave a comment here.

Terry Kukle is managing the funds for this campaign. The campaign is for a personal cause.