Our fight against Veteran Suicide
Contribute

No thanks
Our fight against Veteran Suicide
✖
Gallery (1) 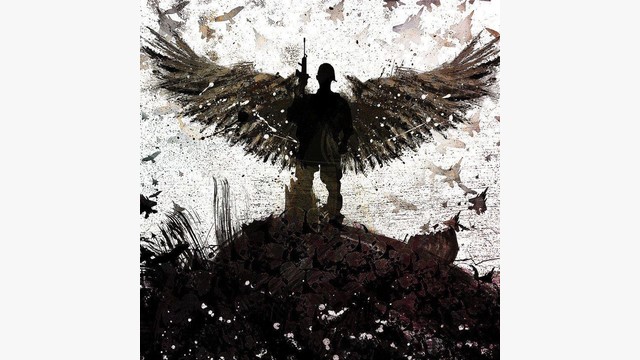 $720 raised 14% of $5k goal
7 contributors
3 Years running
Contribute
By Christopher Allen
Are you friends?
Personal campaign Keep it all
Manchester, TN, US

Hi my name is Chris I'm a Marine Corps veteran and I am the founder of The Guardian Project.

the Guardians Project is Veteran owned Military Support group that was created to bring like-minded individuals together in one place that way we can always watch each others backs. I really truly hope to help put a dent in the 22 veterans a day commit suicide statistic, and I believe that in our own way we have. Another goal of ours is to help veterans from becoming homeless by providing the support and information they would need to help them become successful,  and hopefully we can make a difference.

The idea of The Guardians Project started when I created a group on a game. It was a military only group where veterans, active duty, and reserves, from all over the world could get together and enjoy a game. The support, advice, and help I received during my transition out of the Marine corps after a 9 year career was unbelievable, from help on resumes to emotional support when I was second guessing every decision I've ever made and feeling completely lost and hopeless. This ultimately inspired me to want to pay it forward and thus began The Guardians Project. Some things we can offer are, video game peer support, suicide awareness, networking, resume help, non-biased occupational advice, and much more.

The money we raise will go towards the fees required to make us an official 501c (3) Non-Profit. once we are established, any additional funds will go towards hosting events such as, veteran suicide awarness walks/hikes, get togethers where veterans can reunite with their brothers and sisters, video game tournements and prizes, and other event related things.

Video games is a huge part of this organization and for good reason! Once a Military member leaves the service they are faced with reality. Alot of the times veterans leave Active duty and think everything is going to be exactly how it was in the civilian world as it was when they left it. They quickly find that this isnt always the case. Veterans struggle with fitting in, finding jobs, being them selves, and just overall dealing with the Civilian mentallity. This often results in depression, anxiety, loss of self worth, a feeling of failure, and occasionally suicide.

Providing a place where veterans can go to play video games with other people who are going or have went through the same things as them has proven to be very beneficial. Veterans are more likely to open up to us and eventually get the help they need, all while doing something they love which is playing video games with there brothers and sisters in arms.

I can personally attest to this as this community saved my life, they didnt know it at the time and they still dont know it but with out knowing, they gave me purpose, purpose to continue living and to not become a statistic of veteran suicide. It is my dream and my goal to help as many veterans as I can and hopefully we can take the number 22 and turn it into a 0. Christopher Allen hasn't posted any updates yet.
Newest | Oldest
Show more
NEW Thank you emails can now be sent directly from the Transactions page.
Alternatively you can still leave a comment here.

Christopher Allen is managing the funds for this campaign. The campaign is for a personal cause.