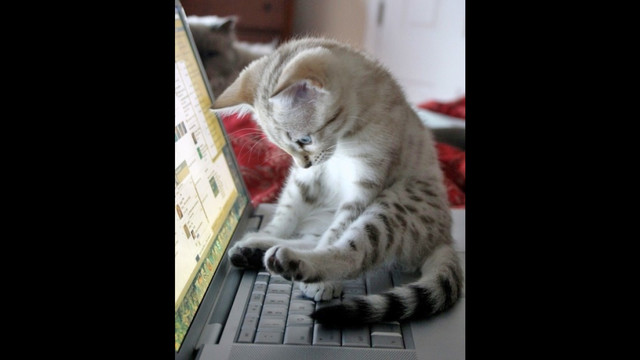 This is Little Darling (Not Shelly or TK.  Some people still get confused about that).  I'm doing this fundraiser to help me raise money for a new laptop.  I think mine's about to die the way it's been acting for a couple months now. At this point, the keyboard barely works right.  I've been using it to record 24/7 for 2-3 years now and I think it's about had it. The recording and editing has been very taxing on the computer.  To make it clear, you don't have to contribute. If you don't want to, can't afford it, or just don't think it's my place to ask. That's fine  I won't take it personally  :)  I just thought I would ask the TKCP community since the system's main task is to record/capture/edit/upload videos for everyone to watch at their convenience and that's probably why it's been so tasked and wearing out at this point. I'll figure something out if I can't get the funds for it.  Please share if you can't afford, but want to get the word out!  I plan on getting a powerful HP laptop about $2861.00 that can handle all the video capturing, editing, etc well!  I can get a powerful PC for cheaper, but I prefer having a laptop because it's what I currently have and I can take it with me if I'm traveling or if electricity gets knocked out and I need to record something special.  That happened once when during a winter storm, my power was knocked out for days and I stayed with a friend that was couple hours from me who had power.  I was able to record a TK mama's live birthing the next morning because my laptop was with me!  You just never know when these things can happen.  :)  Thank Mew for all your support!  :)

Paypal:  littledarling@mysupppliesnow.com if you prefer to donate directly, then fundrazr won't take a cut

(Anything extra will go towards shipping, taxes, etc.  The total above reflects direct Paypal donations as well.  It doesn't reflect the Paypal & Fundrazr fees that get taken out, though so I would say subtract about $100 from total and that's the actual total for the time being)

Activity highlights See all95
NEW Thank you emails can now be sent directly from the Transactions page.
Alternatively you can still leave a comment here. Sara Jones hasn't posted any updates yet.
Newest | Oldest
Show more
NEW Thank you emails can now be sent directly from the Transactions page.
Alternatively you can still leave a comment here.

Sara Jones is managing the funds for this campaign. The campaign is for a personal cause.