Thank you everybody. Our campaign is now over. ✕
Help for Winston the Shi Tzu
✖
Gallery (1) 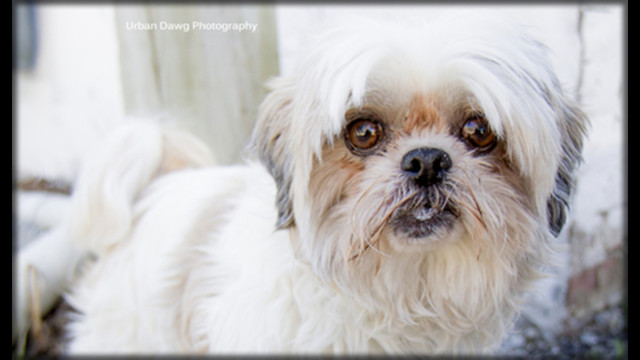 We need your help.

Winston, one of our palliative fosters is in need of a very expensive surgery. Winston has advanced periodontal disease and needs his teeth removed before the bacteria gets into his blood stream and attacks his other organs.

We are trying to raise $1,000 to pay the costs of his operation. Any donation to Winston’s surgery would be so appreciated, and please, share his story.

Meet Winston, one of PSBR's special cases. You see Winston has had a tough life. We were contacted by a shelter in 2013 to assess a small shih-tzu who was not adapting well and displaying aggressive behaviour in the shelter and was in real danger of being euthanized.

PSBR decided to pull Winston from the shelter, and soon discovered the cause of his “ aggression." Winston was suffering from a broken jaw!

We'll never know how Winston received his injury, but he is very nervous of people, specifically feet, so we fear he was a victim of abuse.

PSBR had Winston’s jaw fixed, but even with his painful injury corrected, Winston continues to be fearful of people and new situations. He will allow very few people to handle him, a serious enough issue that the poor guy can only be groomed while under sedation by a vet.

Because of Winston’s fear and trust issues, PSBR made the decision that he wasn't a candidate for adoption. Winston trusts and loves his foster mom and we fear that a move would prove to be traumatic for him, and he would be destined to be unsuccessful in any other environment. So he will spend the rest of his life in our care, and our commitment to him is all our love and everything we can do to keep him healthy and happy.

Activity highlights See all25
NEW Thank you emails can now be sent directly from the Transactions page.
Alternatively you can still leave a comment here.

Candice Forrest hasn't posted any updates yet.
Newest | Oldest
Show more
NEW Thank you emails can now be sent directly from the Transactions page.
Alternatively you can still leave a comment here.