Thank you everybody. Our campaign is now over. ✕
Team Fun Tukking Tastics Charity Race Across India
✖
Gallery (2) 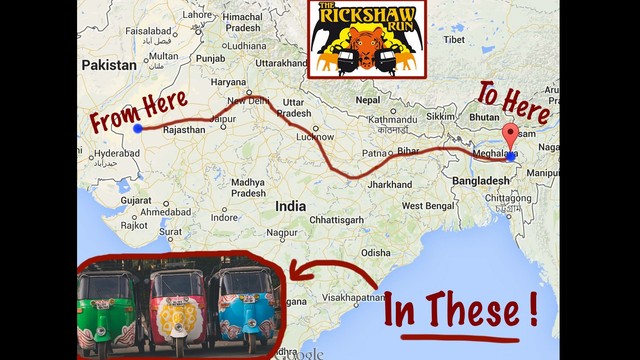 On April 4th 2015, We ,a group of Insane Backpackers from all across the globe, will take part in an epic adventure called the Rickshaw Run in order to raise as much money as possible for their chosen Charities.

We will Race an Indian Rickshaw (Tuk-Tuk) 3500km across India from Jaislamer to Shillong in Bangladesh in 16 Days across some of the worst road conditions on the planet all in the name of charity along side 200 other teams. With No set route, No back-up, No way of knowing if we're going to make it. The only certainty is that we will get lost, we will get stuck ,we will break down and it will definately be challenging.

If you are unsure of what a rickshaw is here is the offical description by the Rickshaw run team...

''If God had made machines he probably wouldn't have bothered with a Rickshaw. But as with so many other things he would have been wrong. Essentially, it's not a very good idea. It's not very fast, it smells, it falls over when you go round corners, it breaks downs more often than an emo teenager and a days driving feels like you've been kicked up the arse by an elephant. But somehow all this makes them better.''

So far, we have 9 people in our team; with this in mind everyone has a charity close to their hearts so we have chosen 4 charities so far to support.

On top of this the money we as idividuals will pay will go towards saving hecters of Rainforest in the Amazon Jungle Through the Cool Earth Charity Of which the Rickshaw Run is offically linked to.

Please join us on this epic Adventure to raise as much money as possible which in the end will be split between all charities equally. 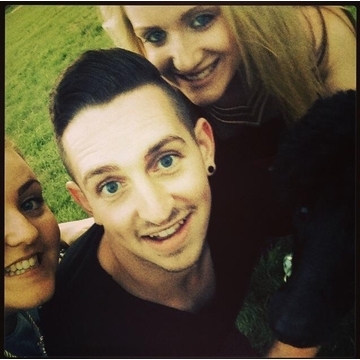 Nick Sherman hasn't posted any updates yet.
Newest | Oldest
Show more
NEW Thank you emails can now be sent directly from the Transactions page.
Alternatively you can still leave a comment here.

Nick Sherman is managing the funds for this campaign. The campaign is for a personal cause.