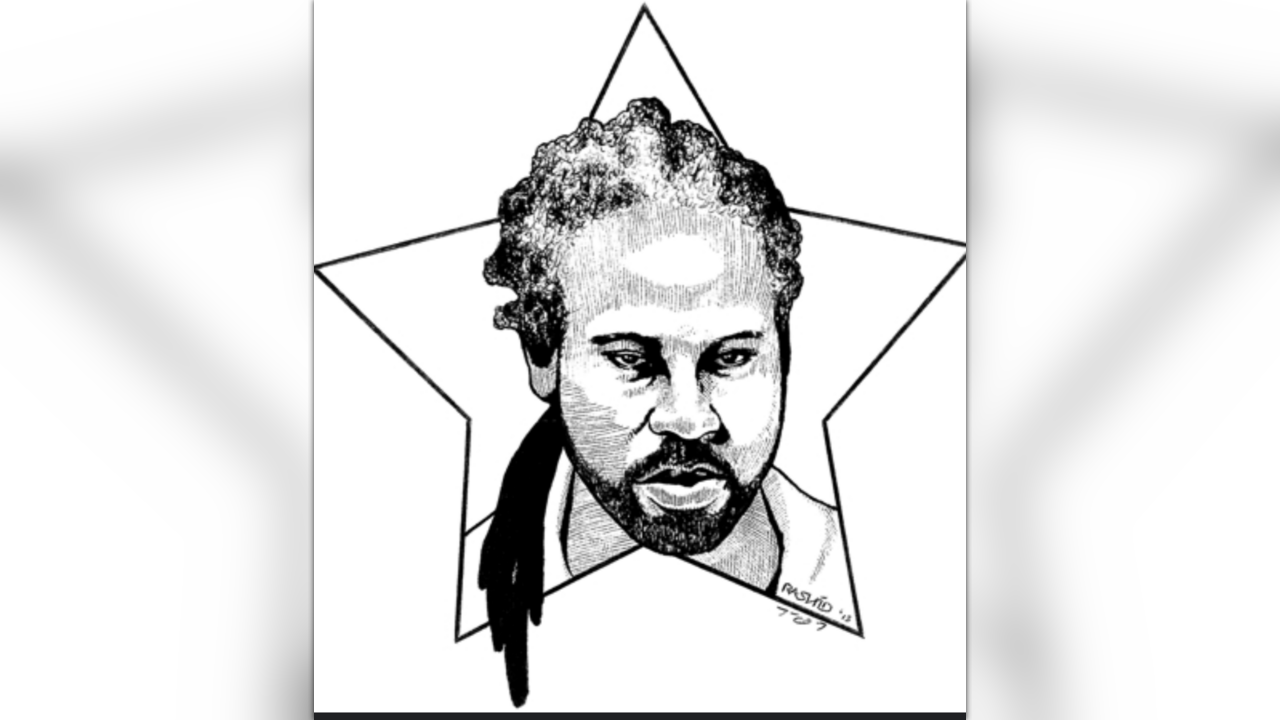 Kevin “Rashid” Johnson transformed himself in prison from an 18-year-old former drug dealer, convicted for murder behind the words of a police informant, into a revolutionary leader who has dedicated his life to creating a better world for all humanity. Rashid has helped to expose the atrocious conditions of his fellow prisoners inside the walls while also shining light on the crimes of U.S. imperialism and of a society built on greed, racism, and the marginalization of poor and oppressed people.

Due to his bold, principled revolutionary stance, Rashid has been constantly harassed and abused by prison officials, including physical torture, starvation, and being moved from prison to prison in order to isolate him from his family and supporters and stifle his political activity. He is constantly hit with trumped up disciplinary charges and kept in solitary confinement.

In spite of this, Rashid has written an autobiography, developed into a skilled prisonhouse lawyer, wrote a prolific collection of political essays, created revolutionary art, and perhaps most importantly, he has been able to lead the formation of a revolutionary organization, the Revolutionary Intercommunal Black Panther Party (RIBPP). This organization first existed as the New Afrikan Black Panther Party prior to its December 2020 reformation. It was initially founded in the prisons but has since expanded beyond the walls. The RIBPP continues to struggle for an egalitarian world based on its 10 Point Program of minimum demands for people’s basic rights.

Comrade Rashid has accomplished much since he turned his life around and dedicated it to serving the people. This is the sign of a leader with unique skills based on rigorous study and practice. As we know, such leaders are extremely precious to marginalized peoples, and twice as dangerous for their oppressors. All too often such leaders are taken away from us.

Our brother, Comrade Rashid, has now developed prostate cancer. Rashid’s Prostate Specific Analysis (PSA) levels were first revealed in tests as abnormally high on October 8, 2021. Medical staff at Nottoway Correctional Center and the Medical College of Virginia (MCV) left Rashid for months without follow up testing allowing the cancer to advance to more serious and dangerous stages. Despite repeated signs that something was wrong, it took until June 23, 2022 for Rashid to finally be given a biopsy. It was not until July 1, 2022, nearly 11 months after his initial PSA tests, that Rashid was informed that he did, indeed, have prostate cancer.

From July up until now,  he has been denied treatment, allowing the cancer to possibly spread even more. Finally on October 3rd, Rashid was sent to the hospital to see a radiologist but no further activity since that time.

The struggle for Rashid’s health and cancer treatment continues. We must move mountains to fight for Rashid to get the best treatment possible for his cancer, and for his freedom from the razor wire plantation, so that he can live and continue to lead revolutionary struggle.

Together, we must do everything we can to support and defend Comrade Rashid!

Use the toolkit at bit.ly/DefendRashidToolkit to share Rashid’s story.

Contribute financially to his legal defense.

Contact us to see how you can get more involved.

Dare To Struggle, Dare To Win!

Shupavu wa Kirima is managing the funds for this campaign. The campaign is for a personal cause.