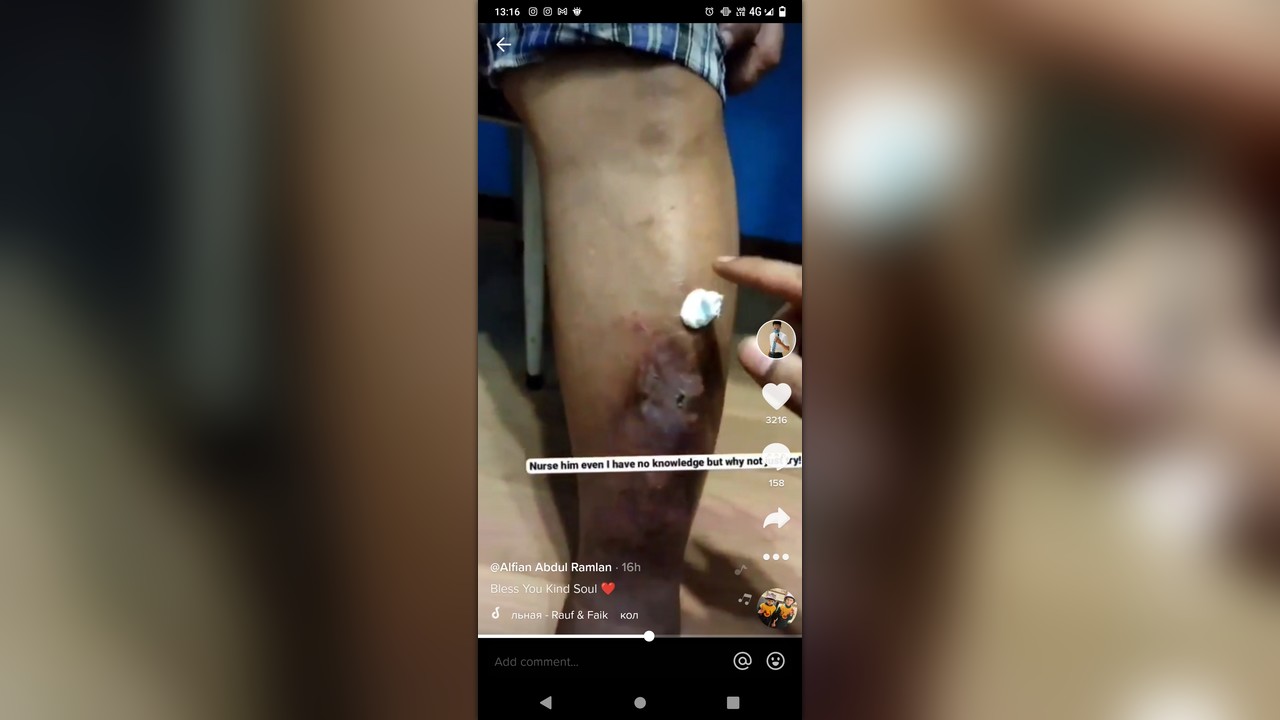 The Day I Bumped To Him.. Kassim Bin Ramli

It was a normal Monday blues after work. As I was causally walking on the bridge near Admiralty MRT. I saw this old man pushing his own wheel chair full of groceries which he barely moved an inch. Didn't thought much, maybe he have a guardian with him.

As I was going down the escalator, I kept turning back to ensure he's not alone. I went up the escalator again to double confirm & true enough he was alone. Passerby stood there watching some even walked passed him without giving any assistance.

I approached him and asked if he needs assistance? He replied by mumbling that's when I know he can't speak. The bread aunties was nice knew what he wanted and asked me if I'm related to him. I told them no that I want to assist him home because I was worried due to the condition of his legs.

After awhile, I managed to convinced him that he can trust me to send him home. He gave me a slip of paper, written was his name and address. So off I go, pushed him all the way to his home.

Upon reaching the gate, I gave greetings assuming that someone could be at home. No one answered, he stood up and reached out his house key.

Open the gate and carried all the groceries in and assisted him in putting it on the table. Before I walked off, he grab me by the army and he wrote something on a small note book.

He wrote that he's been living all alone and no one came to visit nor tend to his aid. He's thankful that I came to assist him. He gave me breads and a cup of bandung to bring home.

When I said goodbye, he hugged me and cried. My heart sank, how can this poor soul be staying home alone. What happened to him to be like this. I promised him I'll come back the next day to accompany him again.

It's Tuesday, was excited to meet him. Bought some cakes, Milo and hot chicken Porridge for him.

Upon reaching, I gave my greetings outside the gate. He turned and stood up walking slowly towards the gate. He was smiling widely! Omg, my heart sank and I know I've already made this poor soul's day.

After nursing his wounds, he started to write something on the notebook.

Year 1999 at 2AM. Someone broke into his home while he's alone. He was asleep back then. They smacked him in the head with and object that made him lost conscious. They robbed $500 from his salary and ran away with it. Till today, he doesn't know who's the culprit.

When he finally gain consciousness in the hospital, he got brain damaged which made him paralyzed and had stroke. He's alone till today, seeking helps from people even he have the disability of communicating.

A few years ago, 3 foreign workers from Bangladesh used to rent a room in his place. They nursed him, took care of him and even the house. All three left cause they're getting married. Till today, the poor soul trying to find them as he wants to thank them for all their times with him.

To anyone that is reading this, I would urge everyone's support to raise funds for his medical and household bills. Give him supplies he needs and even a mobile electric while chair for him to travel better.

Muhammad Alfian Abdul Ramlan is managing the funds for this campaign. The campaign is for a personal cause.