No thanks
Elmo's Broken Heart
✖
Gallery (2) 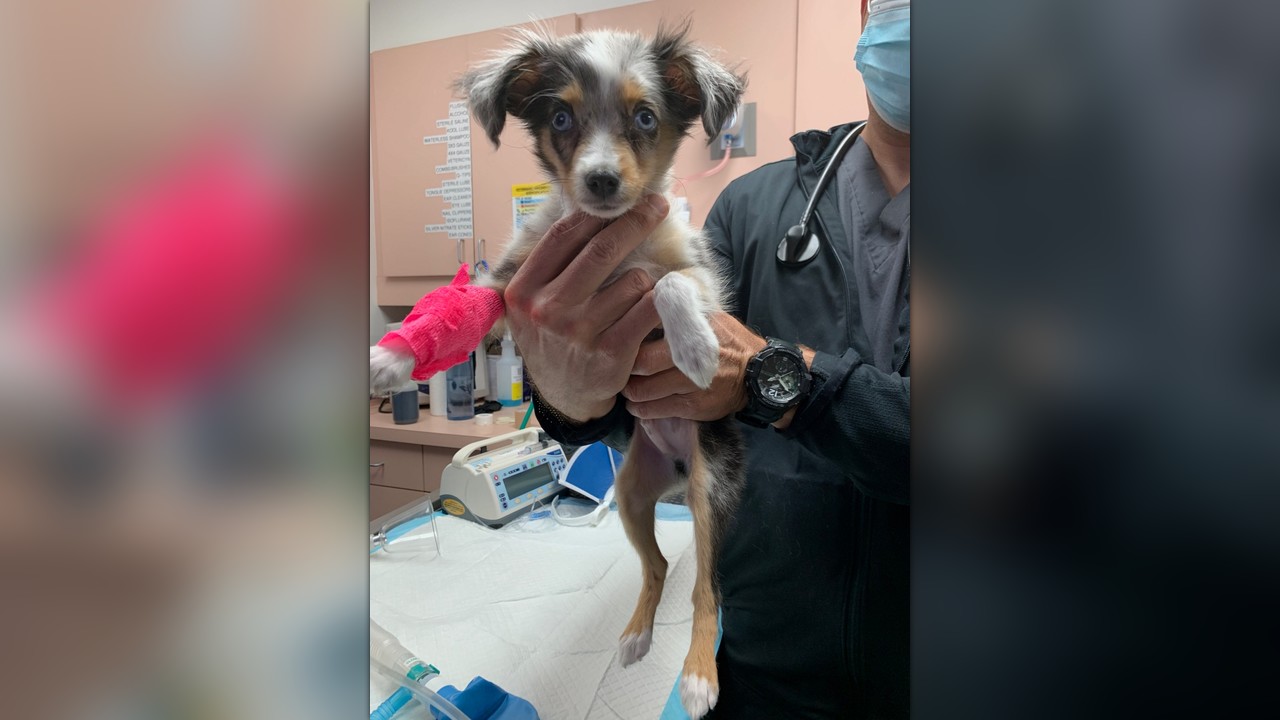 The picture came through before the call for help. A tiny 3 pound 3 month old baby whose eyes pleaded for help. Beautiful blue eyes full of the will to live, and they are a good tug on the heartstrings. His owners were unable to provide the care he needed so they felt their only option was to euthanize. They knew he couldn’t survive much longer, his breathing was labored and he needed to see a cardiologist. As they were trying to make a final decision, they were presented with the option of surrendering and they were so grateful.

Papers were signed and DRSF and the staff at LeadER were off and running. Bloodwork, xrays, cardiac consult and the diagnosis was made. This tiny boy we have named Elmo has a PDA (Patent ductus arteriosus (PDA) is the most common congenital heart disease in dogs.). Not only does he have a congenital heart disease, but it’s gotten so bad that he’s also in heart failure. He was immediately placed on medications to help his heart and our medical coordinator and the surgeon at LeadER had a discussion.

Little Elmo is a fighter, not ideal conditions to go to surgery, but he cannot wait. The repair needs to happen sooner rather than later if he is going to have a chance at a good life.

The best possible outcome is that the surgery is a success, his heart heals itself and he can come off medication and have a normal, happy little dog life. Pros and cons were weighed and the final decision is to head to surgery as soon as possible.

As the team prepares themselves and Elmo for surgery, we are here to ask all of you for support to give this tiny boy the chance he deserves.