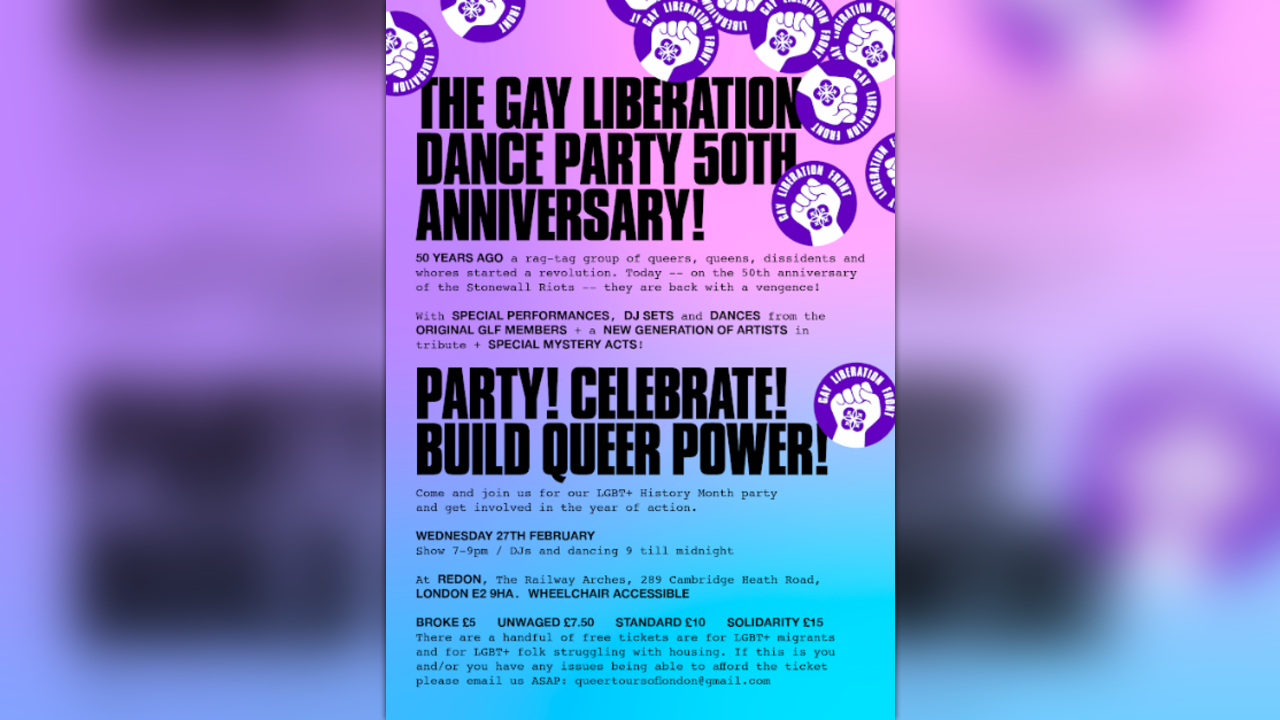 Queer Tours of London - A Mince Through Time hasn't added a story.

The 'Gay Liberation Front' Dance Party / Fundraiser - 50th Anniversary Special!
We need £1500 to cover all costs including props, travel costs for all our volunteers, queer-living-wage costs for performers and organisers and to be able to provide free tickets for LGBT+ migrants and homeless.
*** ABOUT ***
50 years ago a rag-tag group of queers, queens, dissidents and whores started a revolution. This year - on the 50th anniversary of the Stonewall Riots they have re-united to reclaim the Pride they started!

Join us for the (re)launch of the 'Gay Liberation Front' in London with special performances, DJ sets and dances from the original GLF members + a new generation of artists in tribute + special mystery acts!

Come and join us for our LGBT+ History Month party and get involved in the year of action.

TICKETS: Broke £5 Unwaged £7.50 Standard £10 Solidarity £15.
There are a handful of free tickets are for LGBT+ migrants and for LGBT+ folk struggling with housing. If this is you and / or you have any issues being able to afford the ticket please email us ASAP - queertoursoflondon@gmail.com. All profits will go into a Summer of events and activism to catalyse a new set of radical demands by the activists who started Pride.
*** CONTACTS ***

'Where do our rebellions lie now? How can we best tie them into our shared history?' Andrew Lumsden, GLF activist / Gay News founder (1971)

Why do we need to 'reclaim' Pride - a message from 'Gay Liberation Fronts' Andrew Lumsden.

"Surviving Gay Liberation Front activists were sidelined by a London Pride Committee on our 40th anniversary in 2010. Mayor Johnson and his bodyguards – he never spoke to us - were put in front of us on the July march, though we invented such marches. And we were allowed 15 minutes to speak from the Trafalgar Square stage, cut at the last moment to 5 minutes.

We’d like things to go better for the 50th anniversary in 2020 even if we’re all in wheelchairs. We invented things before and can cheerfully do it again, with the help of friends.'
Read more in Stuart Feather’s 2016 book about it, Blowing the Lid, Gay Liberation, Sexual Revolution & Radical Queens.

Subscribe to receive updates by email.
Queer Tours of London - A Mince Through Time hasn't posted any updates yet.
Newest | Oldest
Show more 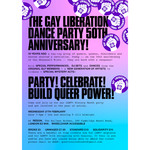 Queer Tours of London - A Mince Through Time is managing the funds for this campaign.