The McGrane-Pearson Endowment Fund is held at the Vancouver Foundation and administered by Ken Gracie and Philip Waddell. This endowment fund has helped Tupper Secondary for a number of years, through AAS. It has paid for meals for impoverished students as well as the school’s Charlie’s Closet program which supplies clothes for students needing help.

“We are hoping our challenge will not only help Tupper but another school as well” said Gracie.

Donate now and your gift will be doubled to help twice as many children and youth.

McGrane-Pearson Endowment Fund has already provided $2,050 in matching contributions. Back 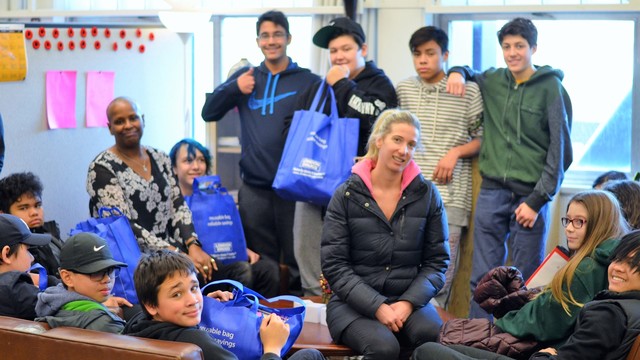 There’s nothing extravagant about what the alternative school program at Vancouver’s Sir Charles Tupper Secondary needs from the community.

Some students don’t have enough to eat at home, some don’t have coats just hoodies for all weathers, and some skip school because it’s too far to walk or skateboard in the rain.

The school’s youth and family worker Jennifer Eayrs says these are the main reasons for the school’s request for $15,000 from The Vancouver Sun’s Adopt-A-School (AAS) campaign.

The money will pay for breakfast, lunch and snacks for the 18 teenagers enrolled in TAP (Tupper Alternative Program), kitchen equipment needed to prepare the food, some clothes and emergency bus fares for when the weather is bad.